52-year-old British Singer/Songwriter/Actor Peter Robinson better known by his stage name Marilyn is the voice behind the 1983 hit “Calling your name” and is also known for  his androgynous look.

He became a British pop performer and fashion icon with punk rock roots who influenced countless indie glam artists and celebs of the 80s and 90s all around the globe.

Marilyn who was a close pal of Boy George is also known for another fact revealed in 2010, the Brit star and rocker Gavin Rossdale –who is currently divorcing from his wife of 12-years Gwen Stefani –were in a relationship in the 80’s.

The ‘experimental’ fling as labeled by Gavin, first came to light in Boy George’s 1995 autobiography, at the time Gavin completely denied it however in 2010 the musician admitted to their romance calling it a ‘one time experimentation.’ However for Robinson, it was real love.

He told media outlets he was in loved with Gavin and that the was left devastated by the 1986 break up. According to Mail Online, Robinson felled into a traumatic descent which led him to a 20-year drug habit also revealing he hasn’t been romantically involved with another in 28 years. 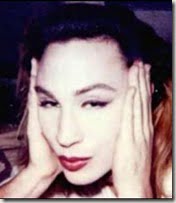 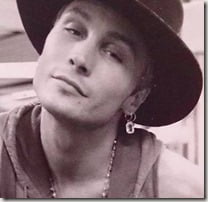 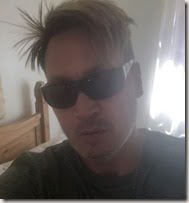 Daily Mail reported that Rossdale opened up about the relationship, revealing:

I’ve never wanted to appear closed about it, it’s not something I’ve talked about really because it’s always been in the glare of a tabloid world, it’s just one of those things – move on. When you’re 17, Jesus Christ, I don’t think there’s anything strange about any form of anything – you’re learning about life. It’s a part of growing up – that’s it, no more, no less.

The Band Aid star, said “I cried every day for 10 years”

In late 1984, Marilyn took part in the Band Aid, the singer, stood out from the likes of Duran Duran, Phil Collins, and Paul Weller with his yellow tracksuit and long bleach-blond hair. And within a few years he had fallen into obscurity.

Last year, for Band Aid 30, he told The Mirror, “I started smoking ****** and taking shedloads of prescription drugs. I moved into my mum’s house and basically spent 20 years on ******.

“I sold my jewellery and everything I owned and was living off income support, £50 quid or whatever a week, and doing as many drugs as I could get my hands on.”

The Jamaican-born Robinson moved from being a Marilyn Monroe doppelganger and also said was determined to get his life back in last year’s interview.

What do you think Robinson’s comments at Gavin’s divorce could be?