Francesca Hetfield is the wife of musician James Hetfield, the co-founder and leading singer of the heavy metals band Metallica, the eight-time Grammy Award winning band formed in late 1981 by Hetfield after he answered to an ad placed by drummer Lars Ulrich in a L.A newspaper.

Francesca Hetfield’s talented husband James Hetfield was born in Downey, California on August 3, 1963 to opera singer Cynthia Bassett’s and truck driver Virgil Hetfield. They divorced when James was 13. Three years later his mom Cynthia died of cancer in 1979, his father Virgil died in 1996. After his mom’s death James continued to live in Downey with David his older half-brother and attended Downey High School.

His first steps into music started when Hetfield was nine and he took piano lessons, after he moved in with David he started playing the drums and by the time he turned 14 he was playing the guitar. As many of you probably know Lars Ulrich placed an ad in the L.A newspaper The Recycler looking for heavy metal musicians interested in playing Iron Maiden, Diamond Head and Tygers of Pan Tang. James and Hugh Tanner answered to the ad and by October, 1981 Metallica was born.

Their first album Kill ‘Em All was released in 1993. Ride them Lighting a year later and Master of Puppets in 1986 followed by …And Justice For All in 1988. In 1991, their fifth album Metallica was released, five years their album Load was released, Reload a year after, and St. Anger until 2003 with new bassist Robert Trujillo who replaced Rob Rock who was hired to replace Jason Newsted after he left the band in 2001.

Ninth album Death Magnetic was released on September 12, 2008, the album became the top selling record in the US and Australia and remained on the Billboard 200 for three weeks in a row. Their tenth studio album is expected to be released in the summer of 2016.

James Hetfield has been happily married to his pretty wife Francesca Hetfield the mother of his three children since 1997. Mrs. Hetfield was born Francesca Tomasi on January 27, 1970 in Rosario, Argentina. She was Metallica’s costume designer when James met her and fell madly in love with her. Francesca and James Hetfield got married on August 8, 1997.

They welcomed their first child together Cali Tee on June 13, 1998, second child Castor Virgil was born May 18, 2000 and their little daughter Marcella Francesca was born January 17, 2002. Two years after Marcella’s birth Francesca and James Hetfield renewed their wedding vows in 2004 in the Caribbean.

James gave Francesca credit for keeping him grounded and sober.

“My wife, Francesca, has been the most amazing person in my life. She has ridden the big waves with me. We have gone through some extremely difficult things and come out stronger. She’s stuck with me through all the ****. When I met her, I knew she was brought to me to help me get out of this **** hole. And she did. There was a point where she stood up for the family, saying, ‘You’ve got to get out of here. You’ve got to go get yourself together. I’m not submitting me or my kids through this.’ Fear is a great motivator. I have abandonment issues because I’ve had one family that disintegrated. I didn’t want another one to.” 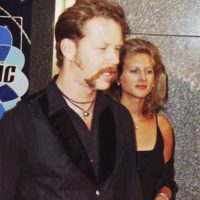 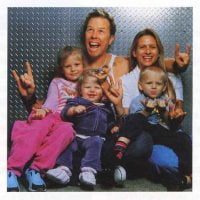 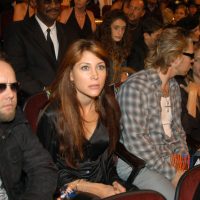 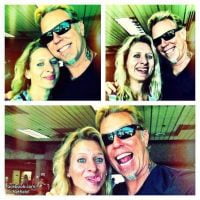 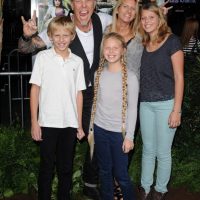 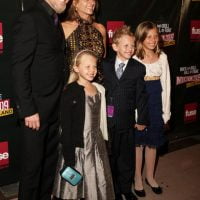 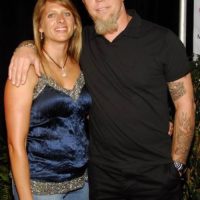