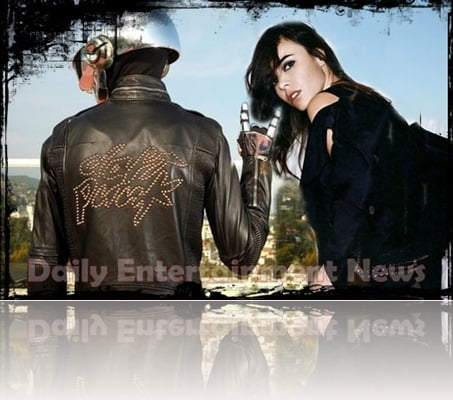 39-year-old Thomas Bangalter was born in Paris, France to the great French songwriter Daniel Vangarde who Thomas one said was very strict when it come to his piano practices, Thomas began playing the [piano at the age of six, it was while he was attending at Lycee Carnot  School that he met his Daft Punk partner Guy Manuel de Homen Christo, The first project they embarked together was not Daft Punk, but Darlin, he band also included Laurent Brancowitz. after their split in 1995 Thomas and Guy created Daft Punk in 1996. the rest as we all know it is history. Thomas’ wife is actress Elodie Bouchez Bangalter born on April 5th, 1973 in Montreuil, Seine-Saint-Denis, France. , She and her Daft Punk hubby have two beautiful children together Tara Jay born in 2002 and Roxan born in 2008. Elodie has tarred in several movies and television series in France and the U.S, some of her most memorable work was as Sophie in the 1994 film Le Peril Jenue, as Delphine  in Those Were he Days in 1995, Louise in Louise and Lola in Clubbed to Death in 1997.

In 1998 she played Isabelle Tostin in The Dreamlife of Angels, and Marlene in Roman Coppola’s 2001 film CQ. In 2003 she starred in Stormy Weather and Brice de Nice, America Brown and Shooting Vegetarians in 2004.

In 2005 and 2006 she made  a cameo role in the t.v series Alias along  Jennifer Garner and played Claude Mondrian in the L Word.  in 2007 Elodie starred in I Hate My Best Friends’ Kids and Teen Spirit, Anna et Jerome in 2012, last year we saw her in Juliette, Tour  de Force, and in the short film She Said, She Said, this year she will play Jo in GHB: To Be Or Not To Be.