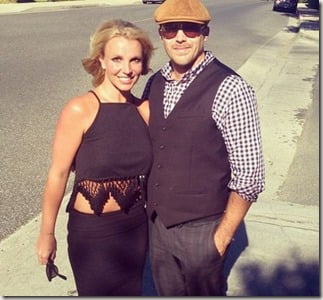 Busted! David Lucado the boyfriend of Miss Britney Spears has been accused of cheating! Britney –who will not have this –reportedly broke up with him and even tweeted about it to her fans

“Ahhhh the single life” the 32-year-old and mother of two said.

Lucado, was reportedly filmed making out and dancing with another woman in a video that’s now being shopped around Hollywood. The Toxic singer allegedly got hold of the irrevocable proof and quickly dumped him, after dating for 18-months. 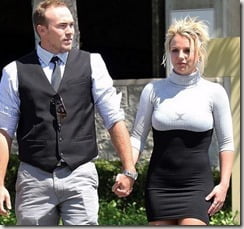 Britney who’s had a difficult time in the past dealing with much-publicized personal issues has find herself a single woman again. First thing that comes to mind –we know she doesn’t have the greatest rep, but she’s still Britney Spears –is who would cheat on her? Truth is, who would cheat on anybody! We just feel bad for her, the woman has worked so hard and seems to be making the same mistakes and trusting the wrong guys! 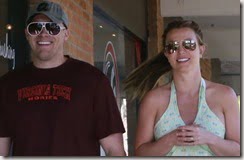 TMZ reports the video showing Lucado making out with another woman was shot in early August in what appears to be someone’s living room. There was further heartbreak for Britney after RadarOnline claimed David was spotted dancing with another woman at Micky’s in West Hollywood on August 2.

A source told the website that they were ‘were dancing all night. They seemed really into each other.’
The eyewitness added: ‘David had his hands all over this woman.’ 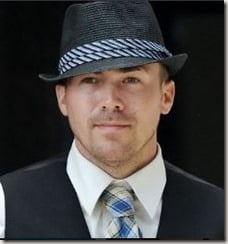 PinDavid hails from south of the Mason-Dixon Line, he was born in Virginia and later moved to Atlanta and relocated to Los Angeles about the time he met the princess of pop. Lucado who received instant celebrity status was described as a nice guy and it was said he dated his fair share of “sweet girls” before Britney; could his new gal be and old girlfriend or a whole new chick?

We know it’s hard to live up to Britney but we cant wait to find out who is Lucado’s mistress! How this “regular-looking, down to earth, humble” got Britney and can still play around?

In addition to working as a bartender, he’s worked in insurance and currently holds a position at a legal firm in L.A.

Lucado appears to regret the whole thing and it’s believed he will try to get her back; it’s really an unfortunate situation since their relationship seamed very serious and he was super close to the singer’s children. Britney said of him during an interview

Do you think she will give him another chance?