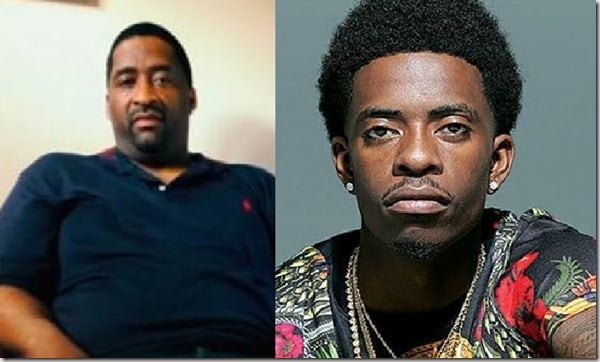 Mr. Lamar and his son are very close, they are not only father and son but also manager and artist.

His Twitter account feed says: “The only time you look down on a person is when u are about to help them get up!!!”

Along with a younger photo of him working at a barbershop. 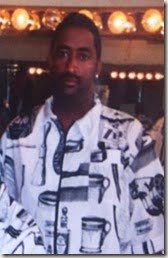 Currently Mr. Lamar is the owner of a barber shop in Atlanta, on Donald Lee Hollowell Parkway.

His son is currently one of the hottest rappers, he began his career in 2012 and in only a couple of years he has toured with Trinidad James and released a single called ‘Type of Way’ through Def Jam. Quan has collaborated with YG, August Alsina, Yo Gotti, Gucci Mane, Young Jeezy, Meek Mill, Problem, Young Thug, and more. The list is certain to keep expanding, especially considering that Drake called ‘Type of Way’ the song of the summer in August.

The father-son duo gave an interview earlier this year on BET where the ATL rapper’s dad tells us about his instrumental role in RHQ’s career. 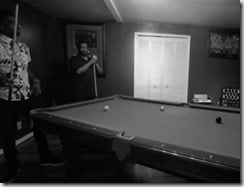 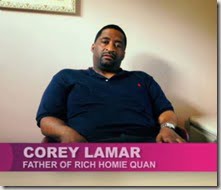 But not everything wasn’t as easy for his son. At age 15, Quan went to jail and realized he wanted to rap after serving 15 months for burglary. Corey’s son dreamt everything big, when he played baseball in high school he wanted to go pro, and when he wanted to be a rapper he dreamt of working with iconic rappers like Common, Mos Def, and Kendrick Lamar.

His mixtape “Still Goin’ In” was named the tenth best mixtape of 2013 by Rolling Stone.

A bright future is seen in his career which is why we were shocked to hear his father was shot multiple times this morning. Media reports say Mr. Lamar was in the barber shop he owns this morning when a man came in and attempted to rob the place; and during the hold up they opened fire.

Some people are wondering if an alleged feud between Quan and other rappers led to Corey Lamar being shot four times inside his barbershop.

We are glad to hear 44-year-old Corey Lamar is in stable condition.