Recent reports accuse his former wife of an appalling crime, Currie and former band members are said to have witnessed the brutal rape of former band mate, Jackie Fuchs –who went by the stage name, Jackie Fox.

Fox recalled the horrific moments during a story with The Huffington Post reporter Jason Cherkis’ in which Fuchs said the last thing she remembers before the rape was looking up to see Jett (Joan Jett) and Currie staring at her. The perpetrator was the band’s manager, Kim Fowley. 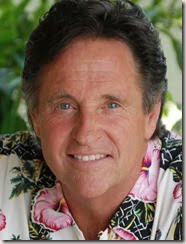 Robert who shares a son with Currie, parted ways with the blonde in 1997 after seven-years of marriage.

His ex-wife -who found some success as a solo artist after the band broke up in 1979 and much later became a chainsaw artist –wrote on her Facebook page about the rape allegations:

“I have been accused of a crime. Of looking into the dead yet pleading eyes of a girl, unable to move while she was brutally raped and doing nothing. I have never been one to deny my mistakes in life and I wouldn’t start now. If I were guilty, I would admit it,”

There are so many excuses I could make being only one month into my sixteenth year at the time that people would understand but I am innocent. When I return from Sweden I will seek a qualified polygraph examiner to put to rest any and all allegations.” 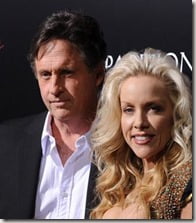 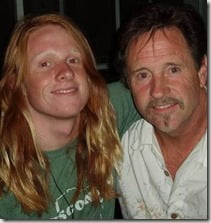 The story titled “The Lost Girls”  goes on to say the girls did their best to move on from that moment. Cherrie and Robert tied the knot in 1990, she gave birth to the couple’s only son, Jack Hays –who plays the guitar and has his own band, Maudlin Strangers.

Robert attended high school in Nebraska and college in San Diego, he caught the theater bug after studying acting for a semester and promptly joined the Actor’s Guild at the Old Globe Theater.

After settling in California he landed the leading role of Ted Costas on the NBC sitcom, “FM.”