Celine Helene Vandycke has been identified as the babe who could possibly be dating One Direction singer, Niall Horan.

The lovebirds have hung a couple of times, publicly at least. They were first seen kissing and drinking together at the Mumford and Sons’ gig.  The new couple seem to be enjoying themselves at at the British Summer Time Festival in Hyde Park on Friday. They did it again on Monday night as they left Drama nightclub in London following a night of clubbing.

As it is to be expected of someone associated to any of the One Direction fellas, Celine Helene Vandycke is just gorgeous. She has been described by media as a student of Belgian roots.

Though sources close to the blonde singer say they are not dating, an image speaks louder than words as they were caught locking lips. It is not yet known how the two came to be or exactly how they met, but the Irish singer seems to be head over heals over the lovely Celine Helene Vandycke.

According to the Sun, at one point Niall kissed her in front of everyone and obviously didn’t care that people were watching.’

The Mirror reports, 22-year-old Celine is fluent in three languages: Dutch, French and English. The publication reports that Celine has just completed a degree in law at the University of Exeter.

Horan has previously been linked to Ellie Goulding and Selena Gomez and model Melissa Whitelaw, who he split from in March 2015. 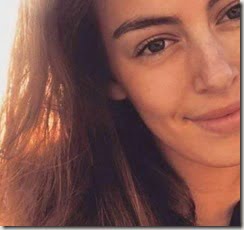 With the couple just stepping out in the public eye, is hard to trust initial info available. However, according to ENews, lovely Vandycke was born on 25 April and grew up in Belgium. She holds a European Law degree from the University of Exeter. Currently, she is studying law at France’s Université de Rennes.

Another interesting fact about her is that Vandycke taught dance at Stage School Algarve in Quarteira, a Portuguese town in the Algarve region –which could explain her slender figure.

Dating a member of one of the most popular boy bands ever, has its consequences. Celine Helene Vandycke already has a number of fake social media accounts, that includes a Facebook page with over 2K likes and an Instagram account with over 200 followers.

You can check her real Instagram here and yes, it is set to private.