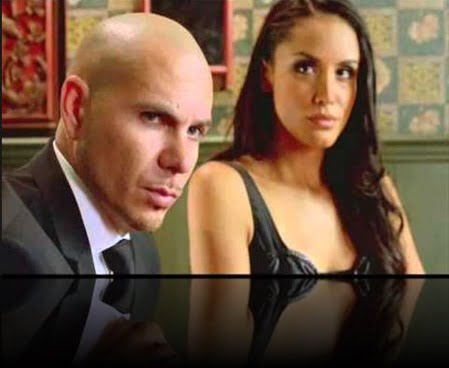 Cuban/ American singer Pitbull aka Mr. Worldwide has been linked to singer  Nayer, Jennifer Lopez although I think this was just a rumor, but there was once a time when Pitbull born Armando Perez who dated a **** Latina known by the name of Barbara Alba, the mother of some of his children. would you like to hear the rest?

So what  about Pitbull the father and boyfriend??

He iѕ thе proud father оf four, two of his children he had with his  baby mama Barbara Alba, who is a mother of four or five herself, but we really are interested in the fact that Barbara is the mother of Pitbull’s thirdteen-year-old daughter.

In 2011 thanks to the Miami Herald we heard for the first time about Barbara Alba who was receiving about $3.000 a month to cover child support for their 9-year-old daughter Destiny Perez without any formal court order, but as his fame arouse so did Alba’s demands which is why she hired lawyer Jason Setchen to get a raise of that child support and get  the matter in paper.

Things solved amicably that even Barbara’s attorney had a complement for Mr. Worldwide..

“Pitbull is a gentleman,” Alba’s attorney  told The Herald.  “This was resolved amicably.”

Barbara Alba is also the mother of triplets from another relationship, and the question is what about Pitbull’s other children and baby mamas, girlfriend of  wife???

As far as we know there is no wife and some people rumored that he once dated Nayer, but that was never confirmed and if he is dating someone at this moment, he is pretty good at keeping it a secret. When it comes to Pitbull’s other children, is quite confusing..

You see this site here stated he has four children, but this one here said that he has two, some commenters even  mentioned the names of at the third child, allegedly is a Amia who is about a year a half, they said this little child is the sister of another son Pitbull had with his wife, but we already know there is no wife, so????

So then comes little Bryce Perez, Pitbull’s handsome son born on March 5, 2003, his famous father immortalized his face and birth date with a tattoo on his right arm, the mother of Bryce is.. a mystery.