Anna Fantastic used to be the British girlfriend of late singer/songwriter Prince. Just in case you missed it, Madonna performed a highly criticized tribute to Prince on the Billboard Music Awards held in Las Vegas over the weekend.

Madonna’s relationship with Prince has been known to be considered tumultuous, what we didn’t know is specific details about it. Madonna and Prince had major beef in the past, that is according to ex-girlfriend, Anna Fantastic –who told TMZ cameras she was present when Prince shoot down Madonna’s request to make a video for the only song they ever recorded together.

According to Anna, Madonna propositioned Prince to shoot a music video for the track “Love Song.” She claims Madonna tried to play the sympathy card by telling Prince she was in the middle of divorcing Sean Penn … and the song meant a lot to her. Prince’s reply, according to Anna? “What does your divorce have to do with me or this song?” Ouch!

The name Anna Fantastic was given to her by Prince, Anna was born Anna Garcia on December 31, 1973 in London. The actress, singer and former Playboy model met Prince when she was only 16-years-old.

Anna Fantastic is the daughter of a singer mom, who performed in a number of bands in the local London music scene. Surrounded by her mother’s liking to music, Anna recorded a song “Ronnie Talk to Russia” in 1988 while attending the Sylvia Young Theatre School in London. 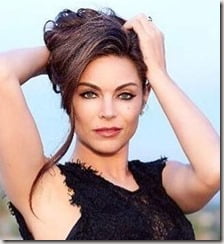 Anna Fantastic met the iconic singer after attending one of his concerts. When she turned 17, Anna moved in with Prince at his house in Minneapolis, Minnesota and he wrote many songs inspired by her.

On her 18th birthday, story goes that Prince gave her a pink cashmere coat, thus leading to the song “Pink Cashmere” that would be released in 1993. 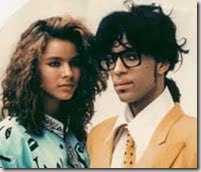 She also wrote the song “Fantasia Erotica”, which resurfaced on Carmen Electra’s debut album in 1992. Liner notes from the Batman soundtrack, released in 1989, credits Garcia as “Anna Fantastic”. Anna is featured on the Prince Madhouse #3 album, on the 18-minute song “The Dopamine Rush Suite”, and is credited as Anna Garcia.

Among her other work we can mention, recording a jazz album and composing music for famous TV shows, such as g The Oprah Winfrey Show. She is currently based in L.A.