Diane & Michael Haughton are the parents of late singer and actress, Aaliyah -who tragically died in a plane crash at the age of 22.

Diane & Michael Haughton and the world, lost Aaliyah 19 years ago on that fated 2001 plane crash, today she would have turned 41.

Aaliyah Dana Haughton was born to parents Diane & Michael Haughton -the same who had her marriage to a 27 year old R. Kelly annulled back in 1995, when their daughter was just a teen. R. Kelly who has been facing multiple counts in multiple jurisdictions of sexual exploitation and abuse has said he had no idea she was so young. Last December it was revealed he was charged with bribing a government employee in order to obtain the fake ID that purported Aaliyah to be 18 instead of the 15 she was when the two tied the knot at a hotel in Rosemont, Ill., on Aug. 31, 1994.

Despite the scandal, there’s no question that Diane & Michael Haughton’s daughter was a shining star. The Brooklyn-born, Detroit-bred teen began her career singing at weddings at 8, performing on Star Search at 10 and taking the stage in Las Vegas at 11.

Aaliyah’s first studio album in 1994, Age Ain’t Nothing but a Number, has sold more than 6 million copies worldwide and was certified double platinum. Her 1996 second album, One in a Million, which has sold 8 million copies and was named one of the “essential recordings of the ’90s” by Rolling Stone. 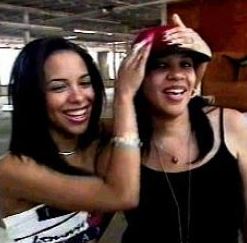 During her short career, Aaliyah made her acting debut on the Fox police drama New York Undercover, became a face of Tommy Hilfiger, performed the nominated “Journey to the Past” from Anastasia at the 1998 Oscars, and in 1999 earned her first Grammy nomination, Best Female R&B Vocal Performance, for “Are You That Somebody?” from the Dr. Dolittle soundtrack. Then it was on to her first movie, 2000’s Shakespeare-adjacent revenge thriller Romeo Must Die, a sleeper hit that earned $91 million at the box office worldwide. Aaliyah was her third and final album.
On the night of Aug. 25, 2001, she warily boarded a twin-engine Cessna 402-B to be flown back to Florida from the Abaco Islands’ Marsh Harbor Airport. The plane crashed and burned just a few hundred feet from the runway after takeoff. 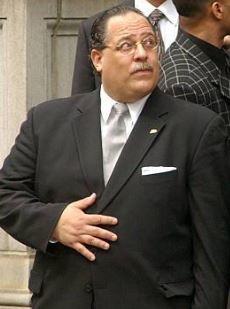 Aaliyah’s parents later settled a wrongful death lawsuit against the companies involved in operating the plane for an undisclosed sum. Diane Haughton was born in 1959, she is a former vocalist who supported her daughter’s music career.
She and and her husband Michael Haughton are also parents to Aaliyah’s older brother, Rashad who is a writer, director and actor. 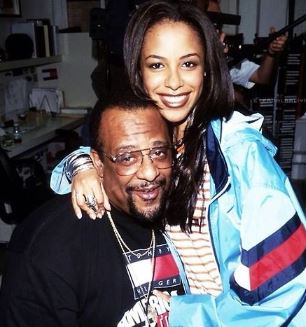 Michael Haughton served as her personal manager while Diane Haughton, assited in her daughter’s career.
The couple both served as their daughter’s managers have stated over the years they were always with their daughter on tour and during interviews.
According to an obituary, Michael Mark Haughton who was known as Miguel, was born on January 10, 1951 and passed away on November 8, 2012. Michael who served as his children’s manager, succumbed to kidney disease. He was buried next to his daughter at Hartsdale, Westchester County, New York.