Leslie Allen Jordan, the 60-year-old actor and playwright from Chattanooga, Tennessee is making headlines after he allegedly confronted at least three others who were yelling at him antigay slurs!

According to reports, the scene began inside a West Hollywood Starbucks coffee house but Leslie and the others took it outside!

Despite the fact he is only 4’11” the actor yelled at the men: “Get out of my house” he then followed them outside and threw his drink at one of them before getting hit! Eyewitnesses say the men were yelling: “******” and ‘you will die f***ing faggots.”

Leslie had to let it all go when Sheriff deputies arrived and was told not to filed charges against the men yelling at him because they could accuse Jordan of assault for throwing his coffee at one of them.

The actor’s bold move made us think of his days as Karen Walker’s arch nemesis “Beverly Leslie” on Will & Grace. Read below his top-five-facts! 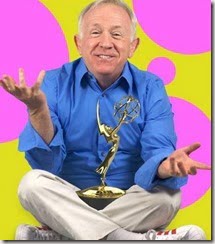 1. Leslie Jordan used to be a jockey.

After his arrival in Hollywood back in 1982 and a brief a brief career as a jockey, Leslie found his place in Hollywood in the comedy world.

2. He has hundreds of television shows, films and commercials to his credit.

Most likely you know him from his portrayal of “Beverley Leslie” on “Will and Grace.” But Leslie has also had recurring roles worth mentioning on “Privileged,” “Ugly Betty,” “Boston Legal,” and “Reba.”

3. Jordan’s work has been awarded.

He won the Emmy Award in 2006 for Outstanding Guest Actor in a Comedy Series for “Will & Grace.”

4. He is an accomplished playwright.

Leslie has enjoyed rapturous reviews for his original stage plays (“My Trip down the Pink Carpet”, “Stories I can’t tell Mama”, “Fruit Fly”).

5. He has his own HBO special.

Leslie appears on the HBO Special (“Pink Carpet”) as the celebrated author and star and where he tells his experience of growing up as an effeminate tiny boy from the South.