With the recent announcement of Marvel’s Loki series, everyone want’s to know who Tom Hiddleston girlfriend is!

For those who though he is single, sorry to break it down to you but the handsome actor is actually off the market and has been for a couple of years.
He is currently in a committed relationship with a live-in girlfriend.

Want to know more? Keep on scrolling down.

It is true that Tom Hiddleston dating scene has been all over. In the past he has been linked to a handful of women.
Whether just rumors or not, he is not very fond of speaking about his romantic life except for that one time he wore a T-shirt vowing his love to a certain blonde singer.

English TV, stage and film star Tom Hiddleston whom you know best from his portrayal of mythical villain character Loki, is also known for other roles such as a hot spy in the TV series, The Night Manager.

Before major fame came to his life, Tom, who was born on February 9, 1981 in London, came to the acting scene, on British television and stage.

Hiddleston began his professional acting career while he was a student at the University of Cambridge after he caught the attention of an agent who saw him in a production of “A Streetcar Named Desire.”

According to online sources, Tom Hiddleston has a net worth of approximately $30 million.
Hiddleston has appeared in other films with such big time directors as Woody Allen, Steven Spielberg and Guillermo del Toro.
Tom who was catapulted to stardom after appearing in Thor, has since sparked major curiosity about his romantic and private life.

How successful is Tom Hiddleston?

At 40, Tom may not be a married man or have a family of his own, however he has certainly made it big in Hollywood. 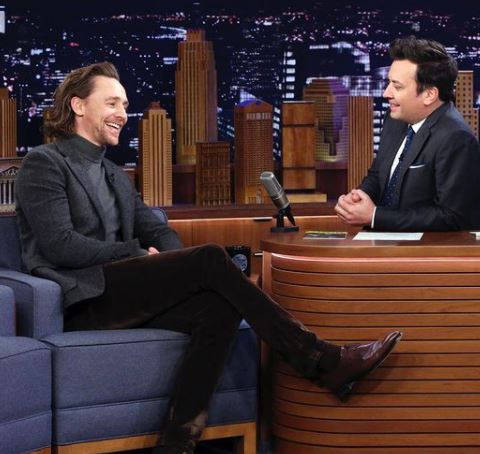 Hiddleston is recognized all over the world for the role of Loki, who he has portrayed in the “Thor” franchise (2011–present) as well as “The Avengers” (2012), “Avengers: Infinity War” (2018), and “Avengers: Endgame” (2019); he will reprise his role on the Disney+ series “Loki,” which is scheduled for release later this year.

Thomas William Hiddleston is the son of a Scottish physicist father and an arts administrator and casting director, mother. It was precisely his mother, Diana, who introduced him to the world of movies and the theater at a young age.

Tom grew up in Wimbledon with sisters Emma and Sarah. The family later moved to a town near Oxford, and Hiddleston attended the Dragon School; he previously attended a boarding school called Windlesham House School. 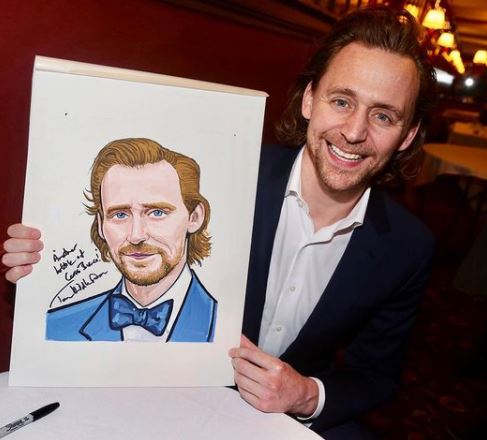 His parents split when he was 12 years old. He was later a student at Eton College. Hiddleston enrolled at the University of Cambridge. After graduating with a double first in Classics, Tom attended the Royal Academy of Dramatic Art in London, earning a Bachelor of Arts in Acting in 2005.

Tom, like many other stars, has tried to keep his love life private; he told QG, “I hope when there’s really something to write about, then I’ll be able to talk” –however his efforts have not been very successful. Media seems to have outsmart the Thor actor whose been repeatedly linked to his co-stars: Susannah Fielding, Kat Dennings, Jessica Chastain and Lara Pulver.

The hunky actor has also been linked to the likes of producer Jane Arthy –rumor that he was quick to denied.
But the rumored girlfriends roster doesn’t stop there. He allegedly added another ‘notch to his belt’ with “Avengers: Age of Ultron” co-star Elizabeth Olsen.

According to MailOnline, the pair shared more than a cozy lunch together while at The Wolseley restaurant in. Things are said to be very casual between the pair but ever since they worked together on the set of “I Saw The Light,” where the two played the roles of husband and wife Hank and Audrey Mae Williams, they’ve been ‘hooking up.’

Let’s check out a list of his most significant relationships. GIRLFRIEND 1 Susannah Fielding -was Tom Hiddleston girlfriend during the years between 2008 and 2011.

Susannah was Tom’s girlfriend for three years. She is a British actress, who has starred in Death In Paradise, Catastrophe and This Time With Alan Partridge. The pair met on set of the BBC show Wallander in 2008.

GIRLFRIEND 2 Jessica Chastain -was Tom Hiddleston girlfriend for sometime in 2013.

The actress known for her numerous roles said during an interview she made a rule not to date any fellow actors.

GIRLFRIEND 3 Jane Arthy -was Tom Hiddleston girlfriend for sometime in 2013.

Jane is a music producer who was romantically linked to the actor after they were photographed holding hands during the Wimbledon tennis 2013 finals.

GIRLFRIEND 4 Elizabeth Olsen -was Tom Hiddleston girlfriend during a few months in 2015.

The alleged couple were seen a few times hanging out back in 2015. The two met on the set of I Saw The Light. A few months later Olsen cleared the air by saying they were just friends.
The pair later worked together in the Avengers: Infinity War film in 2018.

GIRLFRIEND 5 Taylor Swift -was Tom Hiddleston girlfriend for a few months in 2016.

During the summer of 2016 we saw a new side of Tom who was very vocal about his relationship with the singer, saying
“Well, um. How best to put this? That notion is — look, the truth is that Taylor Swift and I are together and we’re very happy. Thanks for asking. That’s the truth. It’s not a publicity stunt.”

GIRLFRIEND 6 Zawe Ashton -has been Tom Hiddleston girlfriend since 2019.

The couple met in 2019 and according to several reports they became close in London while working opposite each other in ‘West End’ play ‘Betrayal’.
Their dating rumours and two of them falling in love started circulating in February 2019.

Let’s be honest we all wanted it to last, however Tom and Taylor were only together for five months back in 2016.
Their romance began in May of 2016, when a video of the couple dancing at that year’s Met Gala went viral.
At the time the news broke that they were together, it seemed like a new story came out every day documenting their relationship.
The pair were spotted everywhere having a blast, kissing, leaving restaurants and, er, in that iconic ‘I LOVE T.S.’ tank top Tom wore before news of their split broke in September 2016. 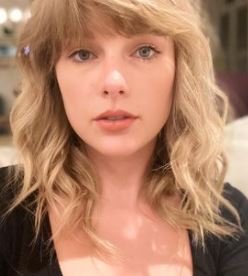 The lyrics in question go: “The ties were black / the lies were white / I wanted to leave him, I needed a reason. But with three of us, honey, it’s a side show and a circus ain’t a love story and now we’re both sorry.”

Who is Tom Hiddleston dating in 2021

As far as we know, the 40-year-old isn’t a coveted bachelor anymore. He and Zawe Ashton began their romance in 2019 and apparently are still together in 2021.

Tom Hiddleston girlfriend, Zawe Ashton is an English actress born July 21, 1984. A member of a family of English and Ugandan descent, she grew up in London, England, with two younger siblings.
According to a profile on 42mp, Tom Hiddleston girlfriend began acting at age 6.
She studied acting at both the Manchester Metropolitan University School of Theatre and the Anna Scher Theatre. 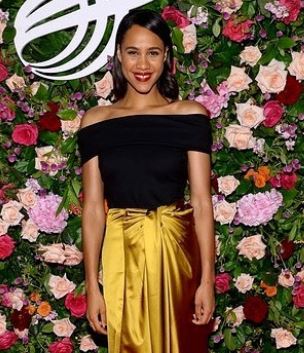 A playwright and poet as well as an actress, she received a Verity Bargate Award nomination for her play Harm’s Way and won the 2000 London Poetry Slam Championship.
As for her acting we have stage and screen performances to her name. She starred as Vod in the British comedy series Fresh Meat and played major roles in London theatrical productions of Gone Too Far!, This Wide Night, and Othello.

Tom’s moves on the dance floor or anywhere, is one of the things fans love about the seasoned actor.
He is definitely not shy when it comes to busting some moves and he certainly has the talent for it. His natural dancing skills have been documented numerous times and is just great to seem him in the ‘zone.’

The actor is passionate about what he calls “organized flailing,” that said, he has been classically trained in dancing for period films like Return to Cranford. However, it is clear to see his energetic self through his dancing.

Thomas William Hiddleston was born in 1981, that makes him currently a 40-year-old man.

Several sources have listed his weight at approximately 79 kg, or the equivalent to 174 punds.

Where can I find Tom Hiddleston

Tom Hiddleston has garnered millions of fans around the world, so it is only natural for him to do social media.
He is active on a few platforms including the most common ones such as Instagram and Twitter.
Other than that, he does not have a TikTok, LinkedIn or Snapchat account or a personal website for that matter.

Back in June of 2020, he shared a post by former First lady, Michelle Obama 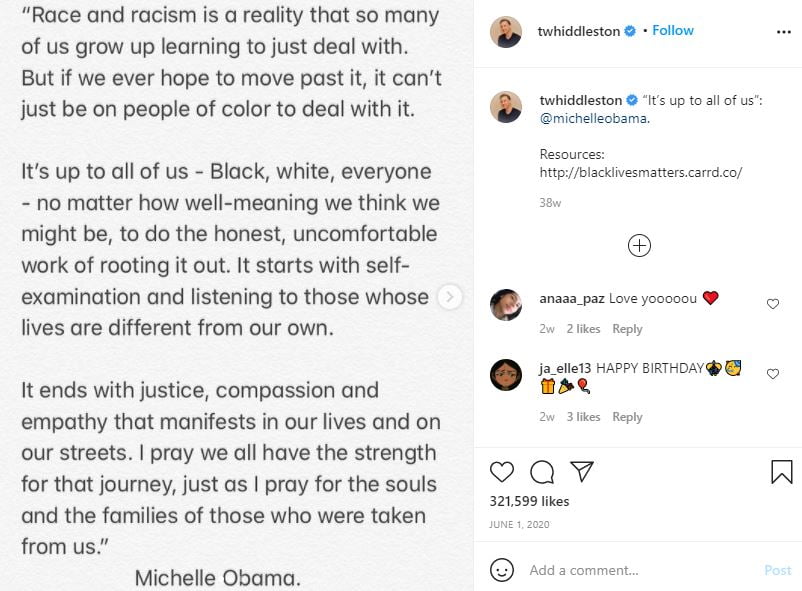 Though Tom Hiddleston has an active Instagram account with over 8 million followers, he is not much of a user.
The actor only has a total of 49 posts and the last time he was active was in July of 2020.

What does Tom Hiddleston do now?

In 2019, the screen and stage star made his Broadway debut as the bottled-up husband wearing a “mask of control” in Harold Pinter’s romantic triangle, Betrayal.

That same year we also saw him as Loki in Avengers: Endgame. Most recently, Tom will be reprising the famous role on Disney Plus. Tom Hiddleston’s Loki series will follow the God of Mischief after his escape from Earth’s Mightiest Heroes in Avengers: Endgame, as he becomes involved with the Time Variance Agency. 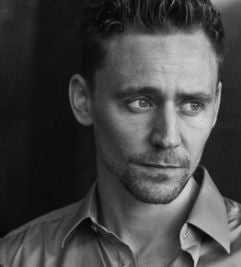 Loki will also see the Asgardian travel through time and even be the cause behind some of the most mysterious events throughout history, like the bizarre hijacking of a plane back in the 1970s. The Marvel Studios Twitter account revealed that the series arrives on Disney Plus later this year on June 11 – shortly after The Falcon and The Winter Soldier concludes its run.

Tom is widely known as an Ambassador for UNICEF. In 2013, he visited West Africa with UNICEF. He supports a number of causes including, children, gender equality, health, human rights, poverty, slavery & human trafficking.

In 2017, during his Golden Globe for best actor acceptance speech, he said

“…The idea that I could … provide some relief and entertainment for people who work for UNICEF and Médecins Sans Frontières and the World Food Programme who are fixing the world in the places where it was broken made me immensely proud.”

On his social media he also shares a link to One.org -an initiative to tell governments that a global pandemic demands a global response.

The English actor will be busy this year with the Disney Plus Loki series, so far he is yet to announce any other projects for 2021.

Where does Tom Hiddleston live?

According to recent reports, Tom Hiddleston is currently living together with girlfriend Zawe in Atlanta, Georgia.