Anna’s comedy legend husband is sadly said to have died age 77 -after battleing dementia for years. He had been diagnosed with a rare form of dementia known as FTD -four years ago.

Terence Graham Parry Jones was born in Colwyn Bay and went on to study at Oxford University, where he met his future Python pal Palin in the Oxford Revue – a student comedy group.
He appeared in the TV series Monty Python’s Flying Circus and the comedy collective’s films as a range of much-loved characters, including Arthur “Two Sheds” Jackson, Cardinal Biggles of the Spanish Inquisition and Mr Creosote.
He also directed their film The Holy Grail in 1975, with fellow Python Terry Gilliam, and took sole charge of 1979’s Life of Brian and The Meaning of Life in 1983.

Jones is survived by three children and wife, Anna Soderstrom -who is actually his second wife. Jones was previously married to Alison Telfer in the 70’s. From his first marriage he fathered two children, daughter Sally and son, Bill.
Jones left Telfer to be with Anna Soderstrom -whom he wedded in 2012 and the two honeymooned in Paris. The couple had been in a relationship for several years prior to their marriage. Anna Soderstrom gave birth to the couple’s daughter Siri -in 2009.
Anna who is over four decades his junior -is said to have been by his side at the time of his passing. 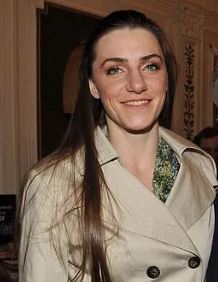 Anna Soderstrom is a Swedish knitwear designer -36-year-old Anna grew up in Gotland, an island off Sweden where she spent her childhood summers cycling and climbing the strange rock formations.
She arrived in England around 2002 to attend Oxford’s Hertford College where she studied modern languages.
However, she turned to designing while being pregnant and after several commissions from friends, she set up her business selling a range of mainly cashmere scarves, hats and blankets from her website. The company, named after Anna, now operates out of a north London studio and uses high-quality British wool, as well as alpaca and cashmere.
She met Jones as a student in her early twenties when she turned up to a book signing in Oxford.