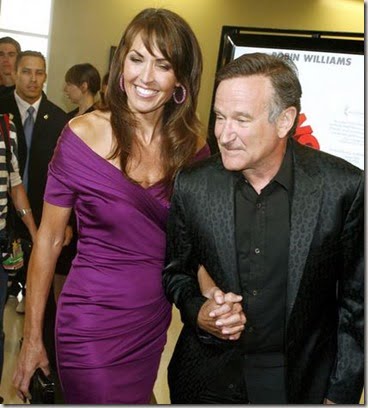 Critical Eye Design Gallery Director Susan Schneider, whom we also know as the wife of one of Hollywood’s most memorable faces, not only for his comedic roles but also for his versatility when it comes to acting. We are talking about the one and only, Robin Williams.
Recent reports of her husband of three years, saying that he checked into a Minnesota rehab center, might have scared some but according to the 62-year-old there is nothing to worry about. Susan’s hubby is simply taking the opportunity to fine-tune and focus on his continued commitment, of which he remains extremely proud. 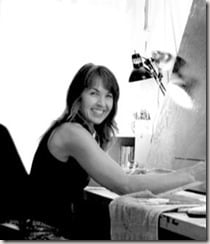 We are glad to hear the 62-year-old actor is taking the proactive measures for his own well-being, after months of hectic, back to back projects is just what he needs. Certainly his third wife, Susan must be also right there for him.

We’ve seen the lovely 50-year-old next to her man during the premieres of his movies.

The couple tied the knot October 23, 2011 after two years of dating, at the luxurious Meadowood Resort in the Napa Valley town of St. Helena, Calif. And honeymooned in Paris.

An excited Williams said at the time, of his wife-to-be

“I’m the luckiest man in the world… Being with a comedian, living with a comedian, is like keeping a chimp for a pet. You know we’re kind of cute but after a little a while, (you get thrown out). So if you find someone who goes, ‘OK I really like you,’ You go, ‘You like me?’ She’s gorgeous and so sweet. Oh, she’s beautiful.” 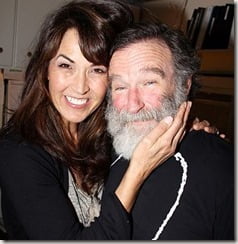 Schneider met him shortly before he had heart surgery in mid-2009; she nursed him back to health at his L.A.-area home.

Susan –who is 12-years his junior –might not be stopped by random strangers everywhere she goes but she shined on her own field.

The Cali native, trained professionally as a graphic designer and for the past two decades she has been passionate about painting and her works of art sell for a lot of cash! She says she is mostly captivated by nature, emotions and the beauty of people.

Schneider went on to pursue studies in graphic design during her college years. After a few years in the design program at UCLA she was eager to return to her native Marin County. Schneider received her Bachelor of Arts in Graphic Design from California College of the Arts in 1989. She had the fortunate opportunity to work beside several prestigious Bay Area designers and ultimately began her own company.

Susan has not only served local schools with her design talents, but she has also helped raise funds by donating her paintings at school auctions. She developed and designed the fundraising brand “Can Do!” for the Dixie School District education foundation. She completed the new design for the Miller Creek Middle School logo. She is a member of the Marin Catholic Patrons of the Arts wherein she assists with graphic design and with raising funds for the school’s arts program. Through her business, Critical Eye Design, she continues doing design projects, primarily creating logos and identities. Susan is works on painting commissions, as well as developing her own work for exhibits.

Actor Robin Williams died on Monday, August 11, 2014 at his home in Marin County, Calif. He was 63. His death was confimed by Susan who released the following statement,…

‘This morning, I lost my husband and my best friend, while the world lost one of its most beloved artists and beautiful human beings. I am utterly heartbroken.

‘As he is remembered, it is our hope the focus will not be on Robin’s death, but on the countless moments of joy and laughter he gave to millions.’

You can check out more of her work here.