Mikaela Spielberg is one of the children of consecrated film director and multiple Oscar winner, Steven Spielberg.

Mikaela’s father is the man responsible for classics such as Jaws and Back To The Future. Now is his daughter’s moment to make a splash in the entertainment world.

February 28, 1996, as Mikaela George and who bears the famous last name was actually adopted by Spielberg and his second wife, Kate Capshaw.

Mikaela has a total of six siblings, 34-year-old brother Max was born from Steven’s first marriage to Amy Irving. Then their father wedded Kate Capshaw and she already was the mother of Jessica and Theo who were adopted by Steven. Steven and Kate have since welcomed together 29-year-old Sasha, 27-year-old Sawyer and 23-year-old Destry.
Mikaela who had a privileged childhood grew up in their mansion in Pacific Palisades where she grew accostumed seeing celebs in and out of their home. She would also attend events such as the Oscars with her father. 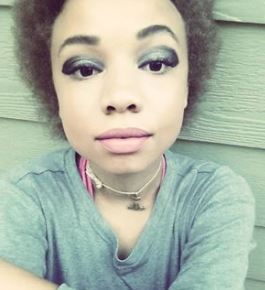 The 23-year-old has come forward in announcing her interest in producing her own movies. However, she is not interested in the type of movies her father has made a name for, instead reports say she’s started self producing solo videos in adult entertainment.
She also told media outlets she would love to become a dancer in a strip club as she launches a new career as an adult entertainer. During the interview Mikaela went onto reveal getting into the adult entertainment business makes her feel satisfied after battling mental health issues and alcoholism for years.

Mikaela who described herself as a “sexual creature” and is currently based in Nashville, Tennessee, said her parents were “intrigued” rather than upset when she broke the news to them via Face Time.
Spielberg is also super active on social media where she writes “plus sized pixie” and also notes that she enjoys the action role-playing video game, The Elder Scrolls V:Skyrim.