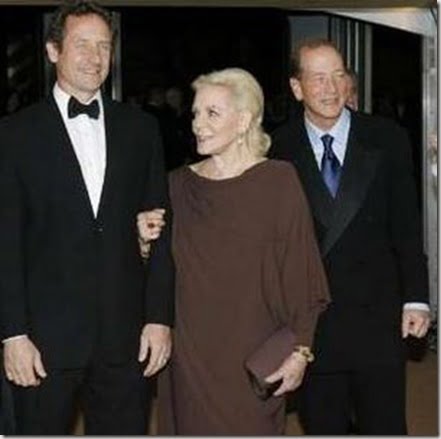 A number of sources have confirmed that Lauren Bacall has passed away aged 89. The 1950s Hollywood star died Tuesday morning of a stroke in her longtime home in the Dakota, the famous Upper West Side building that overlooks Central Park in Manhattan.

Bacall and first husband Bogart, were one of the most popular Hollywood couples, onscreen and off, making her an everlasting icon of Hollywood golden age. The film and stage actress and model swoop hearts with her looks, acting, singing and unmatched talent and charisma. She is survived by her three children and a number of grandchildren.

We want to pay tribute to her life and work by telling you about her sons. 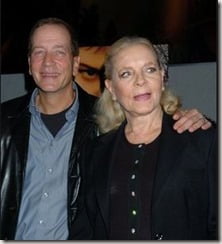 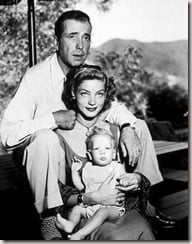 In a 2013 interview with Palm Beach Post, Stephen mused about why he didn’t take to acting like his parents:

“I wanted to stay out of the limelight. “I had a kid when I was 21, but emotionally I was a lot younger than 21.

“Looking back, I ran away from who I was. I never gave anybody my last name unless I had to; I wanted people to like or dislike me for who I was.

“I never hung around with movie stars.

“All my friends are real people, not that movie people aren’t real, but you know what I mean.

Instead he became a news producer,documentary film maker and author. He is known for Bogart: The Untold Story (1996), Humphrey Bogart: You Must Remember This…(1997) and This Last Lonely Place (2014), according to iMDb. 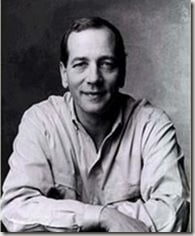 Stephen was only 8 when his father passed away, he pieced together Bogie’s legacy for decades. In addition to a couple of hard-boiled pulp novels inspired by Hollywood excess, Stephen penned “Bogart: In Search of My Father,” his nonfiction account of growing up as the celebrity offspring of a larger-than-life dad.

Partly escaping his father’s shadow, Bogart has forged his own career as a TV news writer and producer for programs such as “NBC Nightly News” and the “CBS Early Show.” 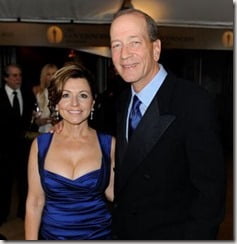 Stephen has been married twice. First to Dale Irene Gemelli from 1969 – 1984. He remarried the following year in 1985, to Barbara Bruchmann they also ended in divorce after 25 years of marriage. He is a father of two boys named Jamie (from his first marriage) and Richard and a girl named Brooke (from his second marriage). 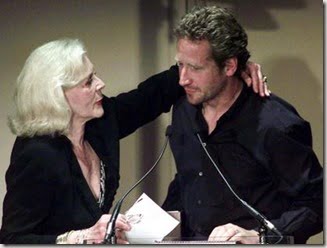 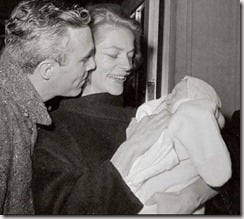 His parents were married from 1961 to 1969. It was said his mother divorced Robards for his alcoholism. 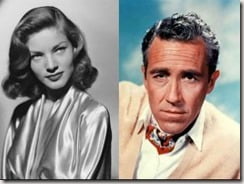 Unlike his older half siblings, Sam did decided to follow both his parents acting legacy. 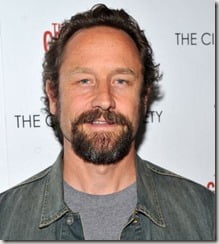 Robards is an actor and producer, and is known for producing American Beauty (1999), A.I. Artificial Intelligence (2001) and Awake (2007). You’ve probably seen him around the scene!

Sam –who attended  Sarah Lawrence College and the National Theater Institute at the Eugene O’Neill Theater Center in Waterford, CT –began acting in 1980 in an off-Broadway production of Album, and made his feature film debut in director Paul Mazursky’s 1982 film Tempest.

He had the honor of working with both his parents; he appeared alongside his father in 1988’s Bright Lights, Big City and with Lauren Bacall in the 1993 Robert Altman film Prêt-à-Porter. His work includes credits in Theater, film and TV. You can see a full list of his work here. 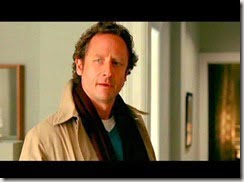 PinHe married Suzy Amis, also an actress in 1986, got divorced in 1994. They have a son, Jasper. Robards later married Sidsel Jensen in 1997, and they have been together ever since. they have two sons together.

We send our prayers to both Stephen and Sam, and the rest of Lauren Bacall’s family.