Stefano Catelli married **** actress Gemma Artenton in 2008, they split up in 2012 and it was until August, 2015 that finally the divorce was finalised. What caused the split? Why did it take so long for the divorce to be granted? Who is Stefano Catelli? And who is Gemma Artenton’s new boyfriend?
In 2008, before Gemma and Stefano tied the knot she had a six-month relationship with Spanish equestrian Eduardo Ivan Muñoz, who she met in the set of Prince of Persia. They break up a year or so later.

On June 5, 2010, at a private ceremony in Spain she married Italian boyfriend Stefano Catelli, a then 37-year-old sales manager who worked for a British fashion company. The couple, who had been engaged for a year before the wedding (Catelli proposed at the Download music festival) decided to say “I Do” in front of only a small crowd, some friends and family members were invited at the ceremony at the 10th Century castle in the picturesque village of Zuheros in Andalucia, Spain. After the ceremony, the couple drove away in a vintage convertible. 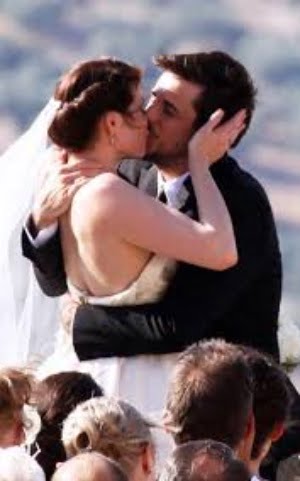 The bride wore a champagne-colored strapless gown and carried a beautiful bouquet of white roses.

“It was absolutely instant. I remember going home the night after I met him and writing in my diary that I’d met the man I’m going to marry. I gave that diary entry to him for his birthday two weeks later. But it didn’t freak him out, because he was thinking the same thing. I just really want to devote the rest of my life with him. He’s an amazing man.”

During their marriage, the couple lived in London, and had no children. The Telegraph once asked her if she had any plans on having a family with Catelli; she dodged the question and pointed to her dog.

“I have my baby here tonight,” she said. “She’s called Purla.”

Gemma Arterton was born January 12, 1986 in Gravesend, Kent. Daughter of Sally, a cleaner, and Barry, a welder father. She attended Gravesend Grammar School for Girls, in Kent, and made her stage debut there in an amateur production of Alan Ayckbourn’s The Boy Who Fell into a Book. It was introduced in a competition at a local festival, where she won the best actress prize. She was a graduate of the Royal Academy of Dramatic Arts, RADA, in 2008.

Her breakthrough role came in 2008, when she appeared alongside Daniel Craig in Quantum of Solace, earning her the life-long title of Bond Girl.

Gemma and Stefano split up by consent on November 1, 2012 and that they have not lived together since. Therefore the judge found that she was ‘entitled to a decree of divorce, the marriage having irretrievably broken down, the facts being proved being two years’ separation by consent’. 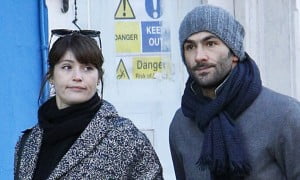 Gemma Artenton’s new boyfriend is Franklin Ohanessian, they confirmed their relationship in 2014.

Franklin doesn’t like or really want to be in the limelight, but yes, we are together. 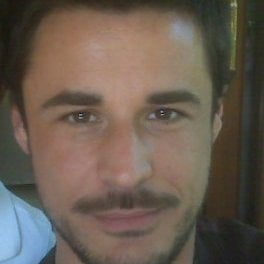 Stefano Catelli currently the product manager at FOURMARKETING, previously worked with Miracle Edgedale as their brand manager, sales manager at David Weston Represents in 2008 and Menswear Manager with Club 21 from 1999 to 2004.