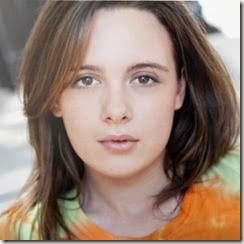 The 23-year-old Broadway actress Shana Dowdeswell died of an alcohol overdose after having too many whiskey shots in a New York City bar. Her mother, 60-year-old Laurie Smith, blames the bar for not stopping her drinking and is calling on police to clamp down other bars that continue to serve alcohol to people who have already drunk too much.

Dowdeswell died five days after downing several shots in a New York bar called The Basement. Her mother confronted the staff about why they served her when she was clearly too drunk, but they said that they had served the actress four shots of whiskey and that she was drinking water in the early morning of December 7, according to the New York Post.

Shana Elizabeth Dowdeswell was born on April 1st, 1989 in Harare, Zimbabwe and moved to New York City later. She attended City and Country School in Manhattan’s Greenwich village and later PPAS High School. Shana has acted since the age of eight and enrolled in the Professional Performing Arts School for high school.

She appears in the new Robert De Niro movie “The Big Wedding”, and acted onstage with Cynthia Nixon. Other roles included playing Anne Frank at the Papermill Playhouse and cameos on TV shows like Law & Order, Body of Proof and Mercy.

Shana was a bright spirit, a shining, generous, hopeful girl. She traveled the world, returning to Africa, traveling many times to Paris and London where she had beloved family members. Most recently she traveled to Canada with her boyfriend Cameron Moneo.

Shana’s mother Laurie Smith runs the Smith Talent Group in Greenwich Village and managed her daughter’s career. Her father, Roger Dowdeswell, is a retired tennis pro who is now the tennis director at the Manhattan Plaza Racquet Club. Her brother’s name is Jesse.