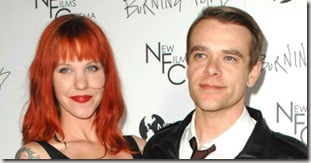 Terminator 3 star Nick Stahl, best known for his role as John Connor, has struggled with drugs and alcohol for a while now, but said he’s finally focused on turning his life around. The 33-year-old actor was spotted leaving the DMV in L.A. yesterday, after surprisingly passing a driving test, TMZ reported.

“Everything’s getting good. Everything’s turning around … in a really good way”, he told TMZ.

Nick Stahl was once married to Rose Marie Murphy, also known as Roseann Murphy, Roseann Stahl, Rose Murphy Stahl or Rose Stahl. The couple married on June 9, 2009. They have a daughter together named Marlo, born in 2010. Stahl and Murphy separated in January 2012 due to the actor’s substance abuse.

Roseann filed court documents in California asking for close supervision of his visits to their child. She said she wanted to limit Nick’s visits and require to be tested for drugs and alcohol prior to the visits.

Roseann Stahl was born in Austin, Texas and relocated in Los Angeles. She is a singer, songwriter, actress and casting assistant. She appeared in the TV series Oh-My-Gleed! in 2012, and in the movies Eat Spirit Eat and The Owl in Echo Park in 2013. She was casting assistant for Ladies Night, Soul Survivor, and When the Starlight Ends. Roseann was Casting Director for The ******* Guide For Idiots in 2012.

Take a look at her IMDb profile here. On LinkedIn here.