Rosalind Ross is the young  girlfriend of Mel Gibson

Mel Gibson’s girlfriend Rosalind Ross is 35 years his junior, and according to recent reports she is pregnant with the Lethal Weapon Actor’s ninth child.

And little Lucia from his troubled and short-lived relationship with Russian pianist Oksana Grigorieva.

However on  September 17, 2016 there was no more denying. Mel and Rosalind were expecting their first child together.

In the light of baby #9, let’s meet all of his amazing children in addition to their mommas.

Oksana And the drama

She is the mother of son Alexander from her relationship with James Bond actor Timothy Dalton.

Oksana and Mel were first seen together in March, 2009, their daughter Lucia was born that same year ; in June, 2010 they parted ways.

We all know their split dragged a long, shady and way too boring story.

You all know it already though, it includes restraining orders, domestic violence claims and audio recordings, therefore we are not going discuss.

Besides we rather tell you about Mel’s young and  **** new gal.

Mel Gibson and new girlfriend Rosalind Ross, met when she applied for a job at Gibson’s production company, Icon.

Not really certain if she eventually got the job, but he was so infatuated by Rosalind that he invited her to a long vacation in Costa Rica.

“The started their romantic getaway in Costa Rica, hiding out in Playa Barrigona, where he owns a 500-acre tropical sanctuary in the middle of the jungle, before heading to Panama.” a source shared.

“It’s clear the two of them are really happy together.”

Let’s start by pointing out that 26-year-old Rosalind Ross from California is a former equestrian vaulter, and a fine good one indeed.

Add to that, she is a writer for the t.v show Matador and AMBITION storytelling advisor and mentor. 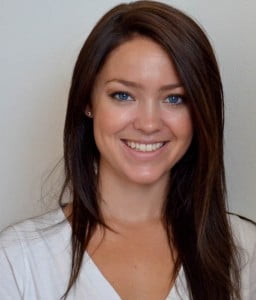 Rosalind Ross is until this day one of the most decorated equestrians in the U.S team.

Rosalind graduated in 2008 from Palo Alto High School, in 2012 received.

She has been a member of three out of the five medal-winning U.S. Teams in vaulting history.

Interestingly her experience with international vaulting dates back to 1999.

She first competed in Europe with the Sundance Vaulting Club. 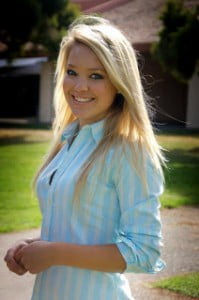 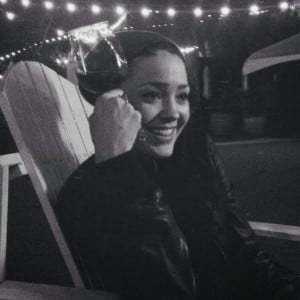 In 2004, Rosalind was a member of the US bronze-medal winning Coastline team ,  that represented the USA at the World Vaulting Championships in Stadl Paura, Austria.

Subsequently in 2005, she was a member of the Mount Eden Vaulting Club’s national championship team.

By far, 2006 was one of Rosalind’s biggest successes to date.

As a member of the FAME team she helped bring home a silver medal for the USA at the FEI World Equestrian Games in Aachen, Germany. 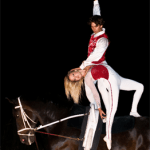 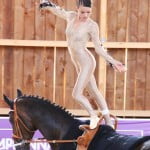 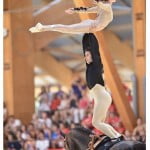 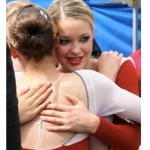 In 2008, Rosalind was a member of FACE’s bronze-medal winning team at the World Championships in the Czech Republic.
Once again vaulting as part of the FACE team, Not only did she showed one of her strongest performance with her team.

But also helped the US win the Team Gold Medal, at the Alltech FEI World Equestrian Games. 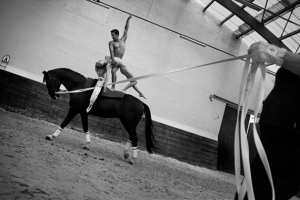 So definitely in 2015 there wasn’t any pregnancy story, although in 2016 that changed. Because accordingly to recent reports Rosalind Ross is so preggo!! She welcomed Mel’s ninth child, Lars Gerard, was born on Friday, Jan. 20, in Los Angeles.