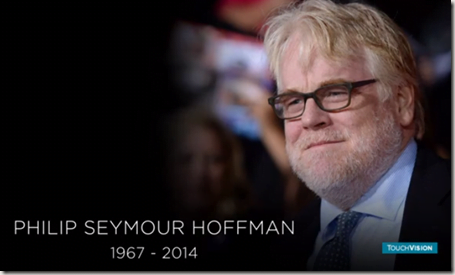 Is that sad time for Philip Seymour Hoffman’s family and Hollywood’s top notch to say goodbye to the actor who is widely considered among the best of his generation. On Thursday evening, family and close friends gathered for a private wake at the Frank E. Campbell Funeral Home in Manhattan.

46-year-old Hoffman who was found dead Sunday of an apparent ****** overdose in his apartment was privately mourned during funeral held Friday in Manhattan.

Meryl Streep, Cate Blanchett, Ethan Hawke, Amy Adams and Ellen Burstyn have paid their respects to Philip Seymour Hoffman. Many of those who attended the funeral had professional ties to Hoffman.

Hoffman spoke candidly over the years about past struggles with drug addiction. After 23 years sober, the versatile actor reportedly checked himself into rehab for 10 days last year after relapsing in 2012. 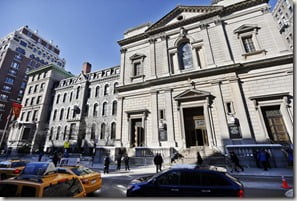 Hoffman’s private funeral ended with pallbearers bringing the coffin out of the church and putting it back in the hearse.

As we go through the images, we see actors, film directors and family arriving at the Church of St. Ignatius Loyola for the private funeral of actor Philip Seymour Hoffman. 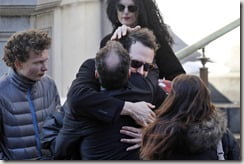 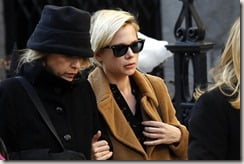 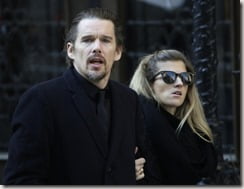 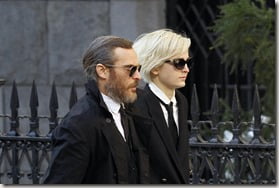 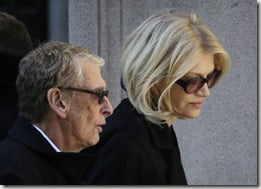 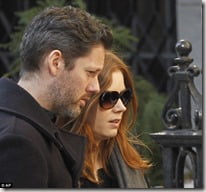 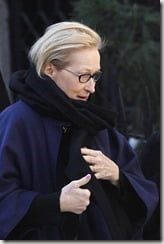 Estranged partner of actor Philip Seymour Hoffman, Mimi O’Donnell is seen comforting two of their children, daughter Willa, and son Cooper as his casket arrives at the Church of St. Ignatius Loyola 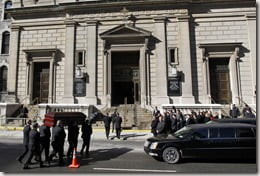 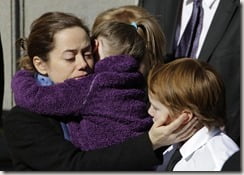 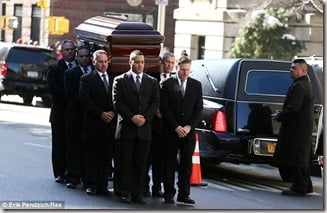 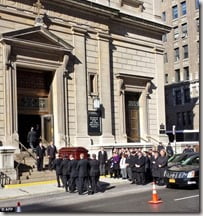 Police did not allow anyone to linger on the block outside the church, and the media was penned in an area far from the mourners.

The theater community mourned the actor Wednesday with a candlelit vigil outside his beloved LAByrinth Theatre Company downtown and with Broadway’s marquee lights turned off for a minute.

A larger memorial service is being planned for later this month.