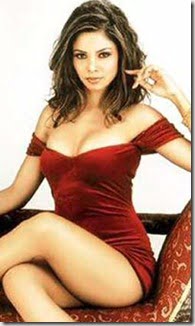 34-year-old Parmita Kurada, known by her maiden name Parmita Katkar, is accusing the Cookie Monster impersonator Osvaldo Quiroz-Lopez of assaulting her son after she refused to give him a $2 tip in Times Square.

The 33-year-old impersonator called Kurada “a b***h” and her son “a *******” saying that her stuff is trash, according to New York Daily Times. He was arrested after he allegedly shoved and abused two-year-old Samay Katkar.

The crazed Cookie Monster appeared in Manhattan Criminal Court on Monday to be arraigned on charges of assault and endangering the welfare of a child, when his mother told police he became aggressive after she took a picture of him with her son. A judge in Manhattan set the performer’s bail at $1,000.

Kurada said the family were on a weekend trip to buy a bike. She had just arrived with her husband and two sons in Times Square on Sunday, when her eldest boy, Samay, headed towards the Cookie Monster characters.

Kurada asked her 35-year-old husband, Sagar, to withdraw money from a cash machine for a tip, he left and found chaos in his return.

“The next thing I know, Cookie Monster had already picked up my son and was like, ‘Come on, take a picture!’” Kurada told the Daily News. “(The monster) was right next to me saying, ‘Come on, come on! Give me the money!’ I was getting scared. I thought he was going to attack me or he was going to hit me.”

She also claimed her son was very upset: Parmita Kurada is a glamorous Bollywood actress and Miss India Asia Pacific 2003. She is also a model-turned-actress and television anchor in her native India. Currently, she lives in Stamford, Connecticut, but is originally from Bombay. She attended KV ASC High School in Bangalore, and is a Mount Carmel College graduate in 2000.