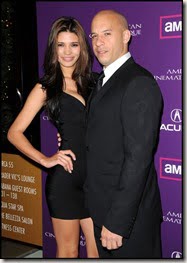 Loved bi his mature sounding voice and his **** toned abs our favorite Fast & Furious bad boy is actually very much in touch with his soft side as a father!

“You can’t pull me away from my house as easily as you used to, because I’ve got a 4 year-old thing on me and it’s heaven,”. “I love it. I love being a dad.” 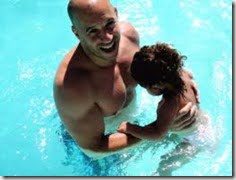 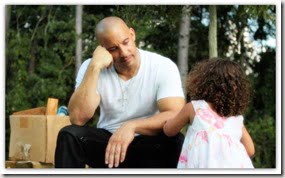 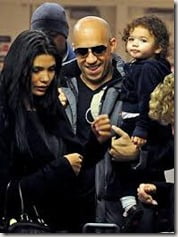 Says Diesel! Isn’t that the sweetest most precious thing to hear! Specially for a guy like him who’s seen as a bad ***, tough man; he is just melted by hi little girl! But his cutie-curly daughter named Hania Riley is not the only girl in the actors life!

Paloma Jimenez is the stunning Mexican who stole his heart! Their relationship started in 2007 and until now they’re love is growing stronger.  Paloma is a hot Mexican fashion model by profession and is 16 years younger to her beau Vin Diesel who is already 45 years old.

At 5 ft. 10, brown eyes and dark long hair she was born August 22, 1983 in Acapulco, Guerrero, Mexico. She has been in several fashion shows and cover major magazines like Maxim. Paloma has also worked for a number of advertisement campaigns for brands like Coca-Cola, Grypho, Honda and Pantene.

How do you think they look together?? Hot huh! Maybe we’ll hear wedding bells soon! You can see more pictures of her here.