Meet the lovely Nadine Caridi Belfort; you used to know her as Nadine Belfort and certainly as the Duchess of Bay Ridge. This pretty blonde was back is the day a famous model, however most important is that the Duchess was the hot wife of Jordan Belfort.

As you know, Jordan a book author and motivational speaker was a stockbroker accused of running a boiler room as part of a penny-stock scam.

Though the two eventually moved on from each other, Nadine was an important person in Belfort’s life. So much, that she was portrayed in the hit film, The Wolf of Wall Street, based on Belfort’s rise and fall in the industry.
Find out everything you need to know about the once solid couple and their lives now.

Nadine Caridi Belfort was in her twenties when she met Jordan Belfort; the two ironically met thanks to Nadine’s by her then-boyfriend Alan Wilzig (pic below with Nadine) a former professional race car driver and former president of the Trust Company of New Jersey.

Wilzig took to Facebook and posted about that day.

“So, 20-odd years ago while ‘The Wolf’ was still growing his fangs — I had my first post-college relationship. We lived together over a year and it was nice and then went on and off which was anything but nice . . . So at the end of year 2, as friendly-exes I took Nadine to Jordan Belfort’s July 4th Westhampton Beach House party where the two of them met. The final 6 mos [sic] of the ROARING ’80’s, literally & figuratively. “He left his high school sweetheart wife to marry her; and the rest you can see in the movie. They fictionalized my brief cameo in this story by making me super-dork.” “My friend who makes films saw a preview . . . and told me they emphatically do NOT show me bringing her to the party in my Red Ferrari Testarossa that I was driving then (she was out to dinner in HIS white TR the next night). And of all things — ‘Leo as Jordan’ mocks the ‘me’ guy by saying ‘What? You’ve never taken this girl for a ride on a JET SKI?’ (I told you it was fictionalized).” 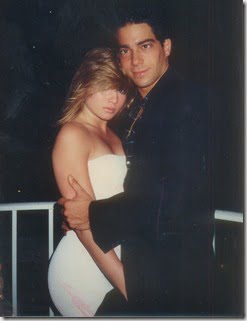 Alan and Nadine were dating for two years and living together in 1989 or 1990 when he took her to Belfort’s 4th of July pool party in the Hamptons; by that time Jordan Belfort was married to his first wife Denise Lombardo. 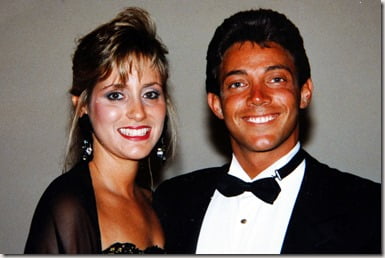 But his marriage to Denise didn’t stop him from pursuing the young model and soon enough Nadine and Belfort started a torrid affair. It is believe she moved in with him after his divorce was finalized. 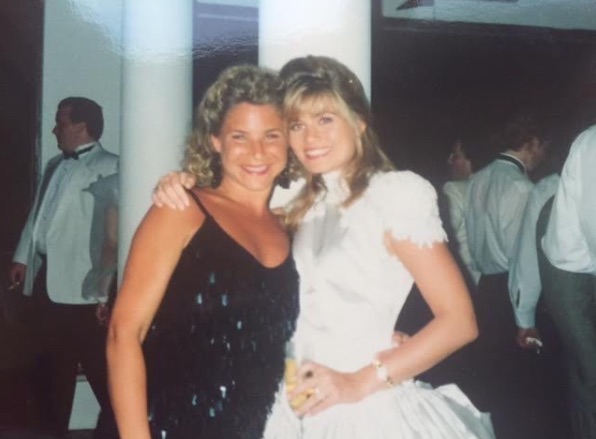 Jordan and Nadine tied the knot in 1991 in the Caribbean. It was Jordan who gave Nadine her famous nickname.
Jordan and Nadine welcomed two children during their marriage, daughter Chandler and son Carter. 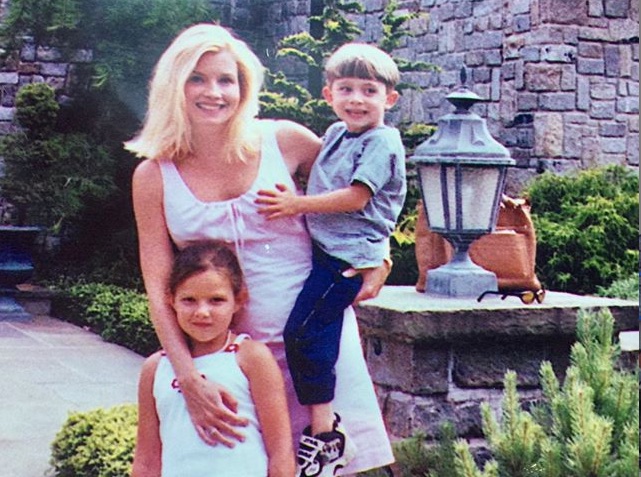 It was said that in real life like in the Wolf of Wall Street, Jordan kicked Nadine Carini Belfort while she was carrying their daughter, right before he crashed into a pillar inside their Long Island home with his little daughter in the passenger seat. He denied kicking her or hurting her physically whatsoever.

“I never punched my wife in the stomach,” he said. “It was more of a struggle where she grabbed onto my leg and I kicked out. I was out of my mind. I was at the lowest point of my life. I’m not trying to minimize it; it was awful what I did. But it was under the [influence] of massive quantities of drugs.”
After that incident Nadine forced him into checking into rehab but eventually left him.

Thanks to his multiple affairs, drug abused and fraud; their marriage ended in divorce in 2005.

For some time, they live close to each other mostly for the children’s well-being; surprisingly they ended up getting along just fine.

That said, lots of things have happened after she divorced Belfort!
The former model found love again in the arms of second and current husband, John. Nowadays, the Duchess goes by her new name, Nadine Macaluso. 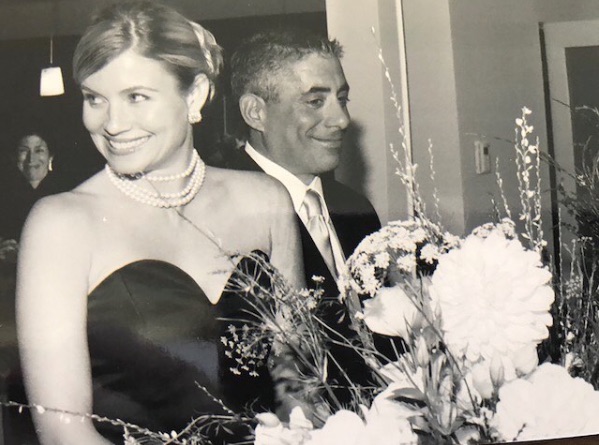 53-year-old Nadine Caridi is now married to Wizard World, Inc’s CEO John Macaluso, 62. They all reside in Manhattan Beach with their children.

Nadine Ann Caridi was born in London on December 24, 1967. She grew up in Bay Ridge, NY. She graduated from John Dewey High School; eventually became a renowned model for Miller Lite in the 1990s. 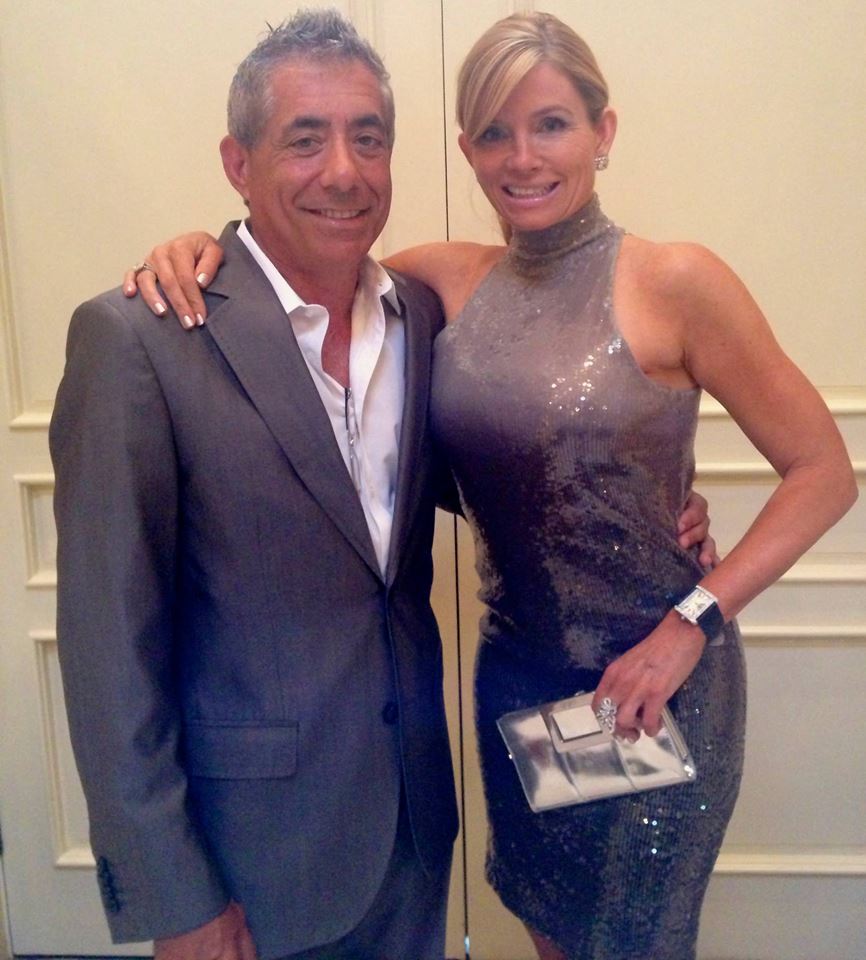 In addition from the public attention she gained from being the Miller Lite lime lighter, Caridi has appeared in several ads. Since then, she’s been described as an author, motivational speaker and entrepreneur.

Nadine attended Pacifica Graduate Institute and graduated with a masters in Clinical Psychology, and a Ph.D. in 2015.

The blonde is now a licensed marriage and family therapist with a Pd.D. in counseling and somatic psychotherapy.
She now goes by Dr. Nae and has her own website, where she describes herself as a mindful communicator and master connector.
According to online sources, Nadine Caridi has an approximate net worth of around the $5 million mark.

Don’t miss her photos and YouTube channel called the Talking Bar below. 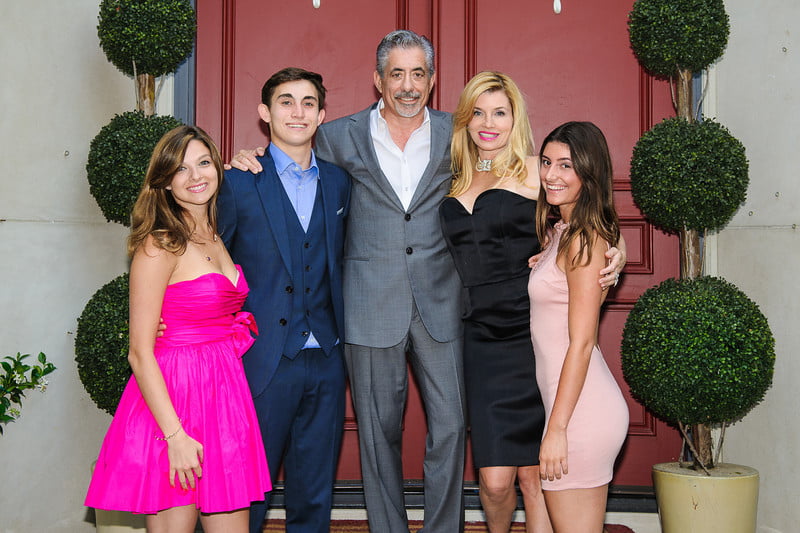 Chandler Belfort was born on July 29, 1993; becoming the first child of Jordan Belfort and his then wife, Nadine Caridi Belfort.

Chandler completed her master’s degree from New York University. It appears as if she followed into her mom’s footsteps as she graduated with a degree in psychology in May 2019.

Nadine’s daughter Chandler Belfort lives in Allentown, Penn but visits them every time she can.

Carter Belfort is the second child of Jordan and Nadine, and the younger brother of Chandler. He was born on 15th August 1995. 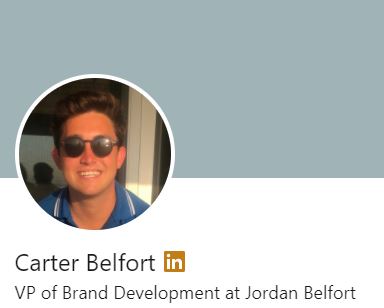 According to his LinkedIn, Carter Belfort serves as vice-president of Brand Development at his father Jordan Belfort’s business Global Motivation Inc.
He also held several other major posts at the company. He joined the project as a strategic marketing specialist in April 2020.

As for his education, Carter attended Vistamar School and later Muhlenberg College. He also graduated from Los Angeles Film School in 2018 and holds a Bachelor’s degree in Arts, Entertainment and Media Management.

Who was Jordan Belfort’s wife?

The renowned motivational speaker and former stockbroker Jordan Belfort, has been married more than once.
His first marriage was to Denise Lombardo, he famously left her to be with second wife, Nadine Caridi.
Jordan Belfort initially started an extra-marital affair with Nadine Caridi.
We know how Belfort and Caridi ended, so in 2008, he married third wife, Anne Belfort.

Jordan Belfort and Denise Lombardo met prior be became a successful businessman in the 80’s.
The two tied the knot in 1987, but as Jordan’s career grew the couple spent less time together, which had put a strain on their relationship, ultimately bringing about separation in 1991. The two didn’t have children together.

According to a LinkedIn profile, Denise Lombardo is currently working as a real estate agent in Prudential Douglas.

Anne Belfort is a businesswoman who was born Anne Koppe in 1967; the California native is best known for her romance with Belfort.
She holds a Bachelor’s Degree in Political Science from the University of San Diego.

Anne Belfort is the mother of a son, Bowen Boullianne -from a previous relationship. By 2015, Anne and Jordan were said to be living together in Australia however the couple also split. A reason for their split is not clear.

Anne Belfort was said to be in charge of his company Global Motivation Inc.

Is Wolf of Wall Street a true story?

Jordan Belfort, the former stock broker whose story inspired the movie The Wolf of Wall Street, was a huge hit.

The film was based on Belfort’s book, which described his wild rise as a young New York stockbroker in the late 80s, and his subsequent fall, through a haze of drugs, women, corruption and fraud. Belfort, spent 22 months in prison for crimes, so a lot of it is true.

He was sent to jail for securities fraud relating to his activities in the 1980s and 90s with his brokerage firm Stratton Oakmont, and for which he was ordered to pay back more than $110m to his customers. His financial scams cost his investors $200 million. To date, it is believed he has only paid back around $10 million of the $110 million.

As wild and crazy as the book sounds, a lot of was proven by the FBI and in court. One FBI agent famously said “I tracked this guy for ten years, and everything he wrote is true”

In 2020, it was reported that Belfort is suing the film’s financiers for fraud and breach of contract, and claiming $300m in compensation.
His net worth is estimated to be around the $2 million mark.

Belfort founded Stratton Oakmont in 1989 with Danny Porush, and Brian Blake. It became the largest OTC firm in the country during the late 1980s and 1990s.
The firm was under constant view of the NASD and by the mid 90’s it was barred from conducting principal retail transactions for a year.
In December of 1996, the firm was put out of business after it was expelled from the NASD.

Belfort’s yacht The Nadine, named after his second wife, lays in the bottom of the sea in the east coast of Sardinia.

Belfort’s had the brilliant idea of naming his luxurious yacht originally made for Coco Channel after his then wife, Nadine Caridi. The yacth had a dramatic ending.

h2 How much is Jordan Belfort worth now?

Following his release from prison, Belfort reinvented himself as a motivational speaker. He started a business called Global Motivation, Inc. He spent about three weeks a month on the road delivering speeches on the importance of ethics in business and learning from mistakes.

In addition to The Wolf of Wall Street, Belfort wrote a second memoir.

His second memoir, Catching the Wolf of Wall Street, was published in 2009.

He said about the film

“The drug use and the stuff with the hookers and the sales assistants and the *** in the office … that stuff is really, really accurate,” “In some respects, my life was even worse than that. Although I’d say I did more quaaludes than cocaine.”

He also stated that he never hurt her physically.

The 2000 film “Boiler Room” was also based on Belfort and his firm Stratton Oakmont.

Cristina Invernizzi is a stunning actress and model and newest love interest in the life of 58-year-old Jordan Belfort. The two began dating in 2019. 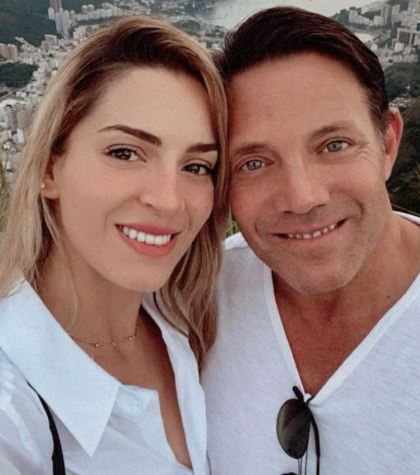 From her social media, Cristina Invernizzi describes herself as an actress. In addition, the stunner has appeared in several beauty contests.
After small events, she appeared in Punta del Este and won the competition. During an interview, Cristina revealed that she was on vacation with her family when she found out about the pageant contest.