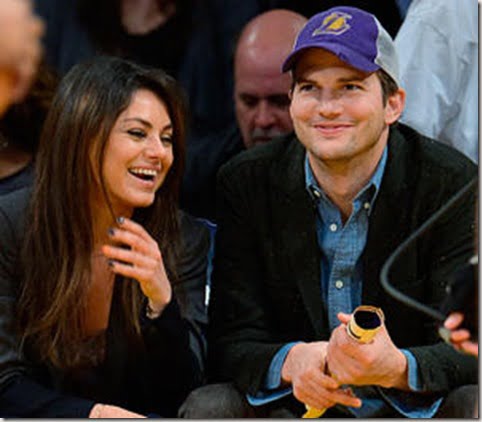 It is now official! We have baby news for 70’s show couple Ashton Kutcher and Mila Kunis. The love birds who got engaged just a few weeks ago are going to be first-time parents! The pair revealed their engagement on Feb 26, and now the former ‘That 70′s Show’ co-stars celebration will be doubled.

30-year-old Mila is now showing her lovely baby- bump! Eonline was the first to break the news that they had a source confirming that Mila was pregnant. Although several other news portals noticed she has been wearing some rather baggy tops and oversized clothing lately. This was the first heads up for rumors circulating since their engagement but we know when it comes to celebs pregnancy is not the only reason to wear baggy cloths; they like to keep a  lay-back comfy look, and specially for the actress who is a fan of the casual, underdress style. 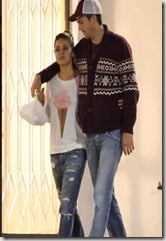 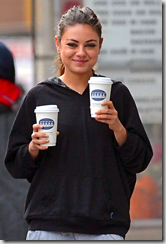 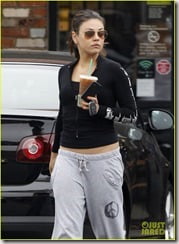 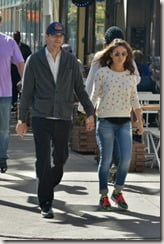 But now it is inevitable to hide her baby bump.

For those wondering, a friend of the couple, confirms the news telling OK magazine that the pregnancy was not planned however, they couldn’t be happier, saying

“It was a total shock for both of them, but they feel up for the challenge. It didn’t seem like it was possible for them to fall any deeper in love, but the prospect of raising an insta-family together has solidified their commitment to each other.” 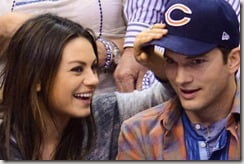 The couple began dating in 2012 while Ashton was still a married man. Even thought they had not been shy about their public displays of affection they are super secretive about their relationship and wont say much about it.

Her future hubby just regain his freedom back in November 2013 but seems ecstatic to get hitched again to Mila. 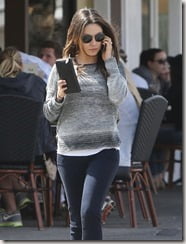 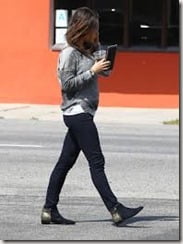 The 30-year-old actress fuelled pregnancy rumours when she was recently spotted attending a prenatal yoga class in LA, reported E!Online. 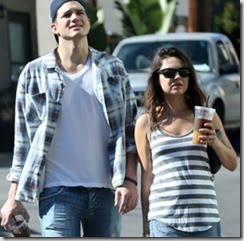 We couldn’t be happier for them, specially when it was widely reported that Moore, 51, was frustrated that she and Kutcher 36, couldn’t conceive a child.

Major congrats to the preggy couple! No doubt their baby will have some good-looking genes.