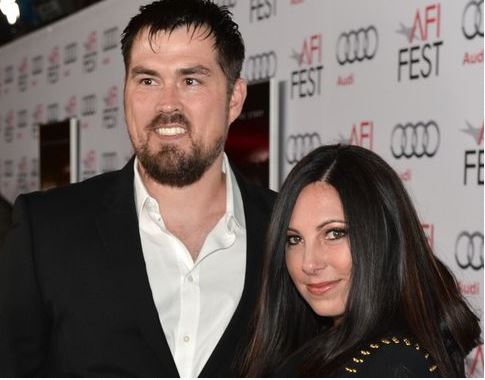 Melanie Juneau Luttrell is a very special lady. She and Marcus Luttrell began their relationship through emails and phone calls. This led to texting and from there to 7 hour long phone calls. Melanie had been away from home during this time, but when she got back home, she finally met with the guy she had been having such ddeep conversations with. They met at a restaurant, and stayed talking until the cleanup crew arrived. They’d had an instant connection and didn’t want the night to end. When they parted, Marcus texted Melanie, “this is the last time you will ever leave without me.”

Their marriage was slightly delayed as Marcus wanted his twin brother Morgan, also a Seal to return from Iraq. They were married on November 27, 2010, in Texas. Their first child, a boy named Axe was born on May 8, 2011 and their daughter, Addie was born on August 26, 2012. Melanie also has a sixteen year old son from a previous relationship. Melanie has worked as an executive for Juneau Exploration, an oil and gas exploration company based in Houston. The family live on a ranch outside of Houston.

Melanie calls her husband a teddy bear, but she sees the impact that his experience in Afghanistan still has on him. His book Lone Survivor, is about these experiences. The book , and now the movie, tells about the ill fated mission (Operation Red Wings) taken on by a four man team to take out a high ranking Taliban member. Of the four, only Marcus Luttrell survived. He survived thanks to the help of an Afghan villager who kept him hidden until he was rescued.

The movie, Lone Survivor, with Mark Wahlberg as Marcus, opened on the 25 of December.

You can learn more about Marcus on facebook here