Carmen Ejogo is the current leading lady in the heart of non other than longtime actor and funny man, Chris Rock.

Ejogo and Chris have been spotted in a few outings since they were first linked together last month. The two were photographed sharing a romantic evening and according to reports, they appear to be in the first stages of a romantic relationship. The two were first snapped holding hands and thrwoing gazes while sharing drinks in New York, in September.

Carmen Elizabeth Ejogo, is no stranger to showbiz; born in Kensington on October 22, 1973; the 47-year-old is known from her work as an actress and singer.
Daughter of a Scottish mom and a Nigerian dad, Carmen attended catholic school. 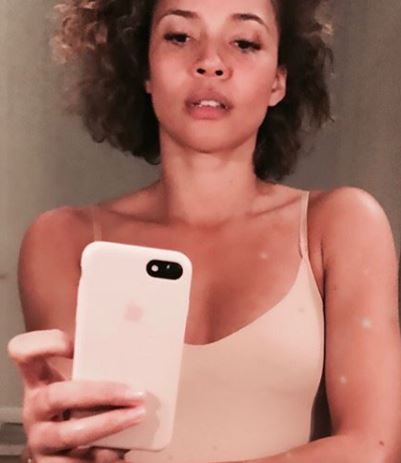 She began her career in the mid-90’s appearing as the host of the Disney Saturday Morning Show. Since then, she’s appeared in a number of TV and film projects. Some of her work includes roles on The Avengers, Love’s Labour’s Lost, What’s the Worst That Could Happen, Selman, Alien: Covenant, Roman J. Israel, Esq. And Fantastic Beasts and Where to Find Them.
Most recently she on HBO’***** True Detective and Netflix’s Self Made. She will appear next in, Your Honor. 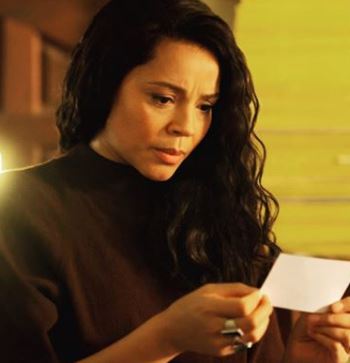 In addition, the English actress has lend her vocal skills to songs like “Candles” by DJ Alex Reece and ‘Something He Can Feel’ along with Jordin Sparks.

As for her persona life, we known that Carmen is a two time divorcee. She was first married to Tricky in 1998 and later to actor Jeffrey Wright from 2000 to 2014 after meeting on the set of Boycott. She and Wright share two kids, daughter Juno and son, Elijah Wright.

On the other hand, the SNL vet Chris Rock -who was diagnosed with a nonverbal learning disability earlier this year -had been single since March when he and girlfriend Megalyn Echikunwoke parted ways after dating for four years. The 55-year-old was also previously married to Malaak Compton-Rock, from 1996 until their divorce was finalized in 2016. The ex’s who share two daughters, had been separated since 2014.

Thoughts on the new couple?