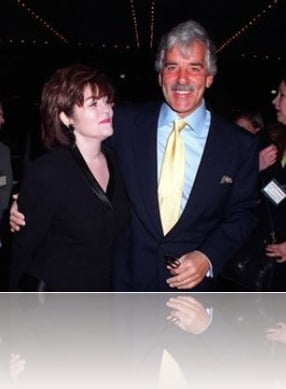 A sadden news hit us us today, Dennis Farina the dear actor from Law & order passed away of a blood clot  in his lung at the age of 69 at his home in Scottsdale, Arizona, his longtime girlfriend Marianne Cahill was by his side.

Dennis Farina became a familiar name in many households from his role as Dep. Joe Fontana in 46 episodes of Law & Order. In 2008  Mr. Farina  became Unsolved Mysteries’ new host, last year he starred next to Dustin Hoffman in HBO horse race series Luck and he was a recurrent guest in the FOX’s comedy series New Girl. His role as Ray “Bones” Barboni in the 1995 film Get Shorty awarded him with an American Comedy Award.

After his 1980’s divorced from his ex wife Patricia mother of his three sons, Dennis Farina became romantically involved with Marianne Cahill, his girlfriend for the next three decades, with whom he live in Scottsdale, Arizona.

Marianne Cahill lived with the late actor in several stated for 35 years from Broadview to Chicago, IL to Fremont in California, New Buffalo, MI and Scottsdale in Arizona where they resided in their 12,064 square feet home in Captain Dreyfus Avenue.