María Dolores Diéguez is the wife of English film and stage actor, Joseph Fiennes. Her 45-year-old husband is making headlines after news outlets report, his next role.

Joseph Fiennes –who is best know for his leading role in Shakespeare in Love –apparently will be playing the king of pop, Michael Jackson. According to E! Fiennes has been cast as Michael Jackson in a new half-hour TV comedy about an unconfirmed road trip the singer reportedly took with Elizabeth Taylor and Marlon Brando following the Sept. 11, 2001 terrorist attacks.

Do you think the bizarre casting, has something to do with recent criticism aimed at the Academy of Motion Picture Arts and Sciences over the lack of diversity among the nominees of this year’s Oscars?

The son of photographer Mark Fiennes and novelist Jini Fiennes (aka Jennifer Lash). Fiennes comes from a family well involved in arts. He is the youngest of six children. Other than his fraternal twin, Jacob Fiennes and foster brother, Michael Emery, the remaining four siblings happen to be also in the arts wolrd. Older siblings are: actor Ralph Fiennes; filmmakers Sophie Fiennes and Martha Fiennes; composer Magnus Fiennes.

María Dolores Diéguez is a Swiss model with Spanish roots She became Mrs. Fiennes in 2009 and is the mother of the couple’s two children: daughters Eva and Isabel. Maria Dolores Dieguez said I do, in a Roman Catholic ceremony in Tuscany. 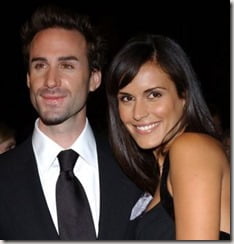 Before becoming a wife and mother, María Dolores Diéguez pursued her modeling career. The brunette was also a pageant competitor. She came in 3rd at the Miss Switzerland 2003 contest.

María Dolores Diéguez began dating the actor in the summer of 2005. At the time she was living in her hometown, Bern. It is said the couple had a long distance relationship for three years while she lived in Bern and Fiennes lived in London.

María Dolores Diéguez must be used to seeing her husband in props and funny make up for his movie roles but last year, the mom of two had one of those super awkward situations involving grabbing a ****!  According to USAtoday, María Dolores Diéguez was visiting Fiennes on the set of “Risen” when she confused her hubby’s behind for the one of actor, Tom Felton!

Fiennes said during an interview though his lovely wife, María Dolores Diéguez grabbed the wrong ****, it was all good and fun.