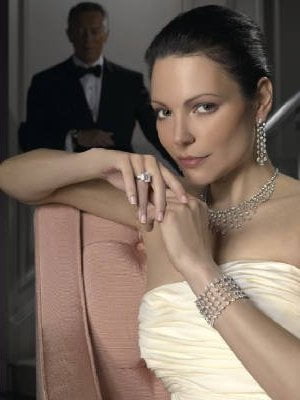 Maria Di Angelis, model, actress and producer has been on more covers than any supermodel in history. She has appeared, according to Ripley’s Believe it or Not, on the cover of over 3,000 romance novels. She’s also been on many magazine covers.

Maria was born in Delaware on May 25th, although no year could be found, but as beautiful as she is, we don’t think that matters much. She studied classical ballet and tap for 13 years, is fluent in Italian and is a published author.

Maria attended Padua Academy in Delaware and the University of Delaware. She has appeared in many commercials, and from there went on to guest on different TV shows, such as Law and Order and The David Letterman Show.

In 2000, Maria was selected as the Vampirella action hero spokesperson and still holds the record for more Vampirella covers than any other model, before or since.