Luciana Barroso the beautiful and smart wife of actor Matt Damon. They have been married since 2005 and three beautiful daughters together. Would you like to know more of Matt Damon’s Wife Luciana?

Before getting married Matt Damon dated actress Minnie Driver his co-star in Good Will Hunting, he also dated Winona Ryder for two years and other two years was the term of time he dated Ben Affleck’s former personal assistant Odessa Whittier who once was at one time Billy Bob Thornton’s personal assistant.

Matt and Odessa broke up in 2003, that same year he met future wife Luciana Barroso.

Luciana Bozan Barroso a stunning Argentine brunette was working as a bartender in Miami where Matt was filming Stuck on You along Greg Kennear in April, 2003.

Luciana and Matt got engaged in September, 2005 and on December 9, 2005 they got married, this was the first marriage for Damon and second for Luciana, because of that they only changed vow in a private yet beautiful civil ceremony at the Manhattan Marriage Bureau. 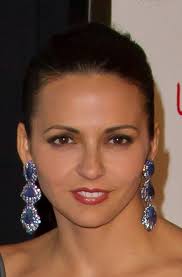