You are probably up to your neck on Conan O’Brien content so we have decided to tell you about his lovely wife instead.
Here you’ll learn about the Liza Powell O’Brien, private details about her and the life she and her famous husband have together.

Conan O’Brien wife is Liza Powel O’Brien. Safe to say Liza is her hubby’s biggest fan and supporter. The two are often seen next to each other publicly.

Liza is certainly a proud partner, and although she leaves the comedy to her hubby she is often seen next to him during events and on the red carpet looking dashing. She might not be as outspoken as her better half but she is almost as tall.

Conan O’Brien wife, Liza Powel O’Brien and the famous TV host surely discuss a lot of his work together. His 2014 opening at the MTV Movie Awards was one for the record books, with the host landing cameos from 50 stars, from Russell Crowe and Demi Moore to Anthony Hopkins and Martin Scorsese. Surely, Liza keeps entertained being married to the comedian.

How did Conan O’Brien meet his wife? After dating for 18 months, the couple tied the knot in on January 12, 2002. The ceremony was at St. James Cathedral in Liza’s native Seattle. Conan’s Harvard roommate, Father Paul B. O’Brien, married the couple. The 50-year-old splits her time between their several properties, they own a home in Brentwood, Los Angeles, California, also their summer home in Norfolk, Massachusetts and cant forget an octagonal country retreat in Washington, Connecticut.

Unlike her hubby, Liz is the low key type. The lovely blonde doesn’t do any form of social media and if she does, she rarely shares any significant news or developments in her career or life.

Rather, she prefers leaving most of the shine to her husband who has over 1.5 million followers on Instagram.

Liza Powel’s father, Jake Powel was a legendary local guitarist, known as the lead guitarist for the local “Dixieland Band.”

Jake was the leader and guitarist for the Dixieland band The New Orleans Quintet. They have been playing at the New Orleans Creole Restaurant in Seattle’s Pioneer Square every Monday evening for decades.

From online sources, Liza Powel O’Brien is said to have a net worth of approximately $75 million.
Her money comes mostly from her work as a former advertising executive and screenwriter.

According to her website, Liza’s work as a playwright has been seen and developed in theaters and festivals in New York, Los Angeles, and Seattle.

Her plays have been developed and presented at The Geffen Playhouse, The Blank Theatre, Unscreened LA, Naked Angels LA and Hedgebrook.
Additionally, Liza Powel O’Brien serves on the reading committee for OPC and on the Board of The Lark, and is an inaugural member of the Writers Room at The Geffen Playhouse.

No, O’Brien and wife Liza have been happily married for 19 years. Together they are the proud parents of two children. The celebrity spouse is in addition, the mom of the couple’s two children. Liza Powel O’Brien gave birth to first child, a daughter named Neve who was born in 2003 and later in 2005 she gave birth to their second child, this time a son, Beckett. How much is Conan O Brien worth?

Conan Christopher O’Brien made his arrival into the world on April 18, 1963. The Massachusetts native grew up with three brothers and two sisters. His father taught medicine at Harvard Medical School while his mother, worked as an attorney.

Following his high school graduation, he studied History and Literature at Harvard University. He then made the move to the West Coast where he worked as a writer for numerous TV shows including, Not Necessarily the News, The Simpsons and SNL. In 1989, he actually received an Emmy Award together with fellow SNL writers for Outstanding Writing in a Comedy or Variety Series.

He was then tapped by the producer of Late Night initially just to produce and write, but he was adamant that he wanted to perform. Eventually O’Brien was selected to replace David Letterman as the new “Late Night” host in April 1993. He stuck around 15 years with the show, airing for the last time in 2009.
He then moved on to replace Jay Leno on The Tonight Show, however that only lasted a few months following low ratings.
He left NBC for a new show on TBS, “Conan” which premiered in 2010 and is currently on air.
In addition to his show, the red head is the founder/owner of two production companies, Conaco and TeamCoco. T
Team Coco is a fan-centric multi-platform media company that reaches over 55 million fans per month. Team Coco is driven by O’Brien and a carefully curated network of other top comics, creating an experience that spans across digital and branded content, podcasts, mobile gaming, pay TV, merchandise and live events. 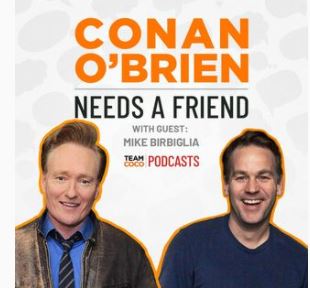 In 2018 he premiered his weekly podcast, “Conan O’Brien Needs a Friend.” The podcast has been recognized with the iHeartRadio Podcast Award for Best Comedy Podcast and Best Ad Read.
According to online sources, he has an estimated net worth of $150 million.

Did Conan get Cancelled?

Not exactly. That said, the comedian did announce his show coming to an end later this year.
Conan has announced that he will end his show in 2021 after it’s 10th season. 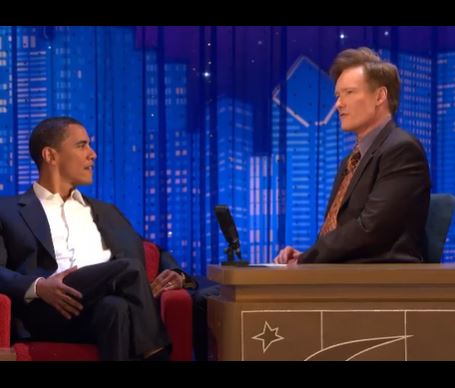 The decision will end his 28-year run as a late-night host. That said, the comedian will continue to make his Conan Without Borders travel specials for the cable channel. A statement read

After an extraordinary 28 years as a late night television host including a ten-year, critically-acclaimed run on TBS, Conan O’Brien will extend his relationship with WarnerMedia with a brand new, weekly variety series on HBO Max. As one of the most prolific late-night hosts, O’Brien will conclude TBS’ award-winning nightly talk show “CONAN” at the end of its tenth season in June 2021. His signature travel specials, “Conan Without Borders,” will continue.

How much does Conan make per episode?

Online sources indicate that he has an annual salary of $12 million, this mostly for his TBS job.

In 2021 the 57-year-old. O’Brien will be heading to HBO Max for a new weekly variety show.
He said about joining a streaming platform

“In 1993 Johnny Carson gave me the best advice of my career: ‘As soon as possible, get to a streaming platform.’ I’m thrilled that I get to continue doing whatever the **** it is I do on HBO Max, and I look forward to a free subscription,”

It seems like the right move for Conan since having a weekly variety show on a streaming service, will allow him more space for his offbeat comedy as well as time to grow his booming podcast empire.
HBO Max which debuted in 2020, offers powerhouse programming for everyone in the home.