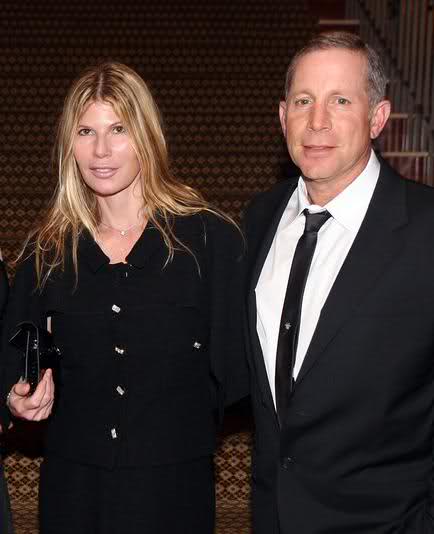 Lisa Marie Krause and Danny Porush began an affair in Florida before Danny was arrested. He was often in Florida and he fell in love with her. In 1997 after being released from detention center he asked his then wife Nancy for a divorce, saying that he was in love and that his lover was pregnant. Apparently, Lisa who was born in 1963, has four children from previous marriage or marriages. She and Danny got married on October 16 of 2000.

He went to prison to serve a 39 month sentence in 2001 and was released in 2004. He began driving a truck for his wife Lisa’s Florida beauty supply company, Stay Young Products. Danny and Lisa now live in Boca Raton Florida, where they are involved with several successful businesses including the medical supply business and management consulting.

The house they live in is valued at over three million dollars, and of course is in her name. They drive matching Rolls Royce convertibles. And yet Danny stated that he couldn’t afford child support for his three children with first wife Nancy!

He is being played by Jonah Hill, but he told the movie studios that if they didn’t change his name to another, he would sue. So, Danny Porush has become Donny Azoff. He complained that Belfort’s book was highly inaccurate although many other things were true. When he was asked about the movie Wolf of Wall Street his only comment was, and I quote, “I would never try to profit from a crime I’m so remorseful for.”