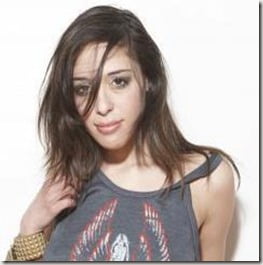 Lindsay Lohan is being called a homewrecker by Aesha Waks who claims that she stole her fiance, according to Star Magazine. The couple had been dating for five years, and were engaged. Aesha states that Lilo hooked up with her boyfriend/fiance, Liam McMullan, last December.

“Lindsay destroyed my world,” Aesha Waks tells Star Magazine. “I am devastated and still love him, but he says he wants to be with her and save her.”

She goes on to tell that she was supposed to spend Christmas day with Liam and his family and that he cancelled.

“A few days later, Liam finally got in touch and said that he and Lindsay had formed a ‘deep spiritual relationship.’ He admitted that he had actually been with Lindsay on Christmas, lying in bed for hours together.”

“He had a party I was spinning at one night, and Liam showed up. After that night we kept running into each other every time we went out and every day too.”

According to her, she wasn’t looking for a relationship with Liam, but they instantly clicked. They got engaged a month later! The couple had already postponed their wedding planned for 2010. Reportedly, the age difference had been a huge problem.

She has appeared as herself in the documentaries Independent’s Day and Rap Therapy.

Aesha is also singer, songwriter, dancer, and choreographer. She is in a band called The Hookers alongside ex-fiance Liam. Aesha is also a 3 time award winner poet, she recited her self entitled poem “No one” in Angelina Jolie’s movie Love Sick. She has also written the books “Model Body” and “Jane”.

As a model, Aesha has posed for Playboy, Hightimes, Maxim, among others. She also calls herself an artist, a designer, a manager, a diet coach, a relationship adviser, a stylist and casting director for MTV.

35-year-old Aesha grew up in a 1940’s mansion overlooking the water at Rockaway Beach which was built by her grandfather. She studied at Fiorello H. LaGuardia High School and is a New York University graduate.