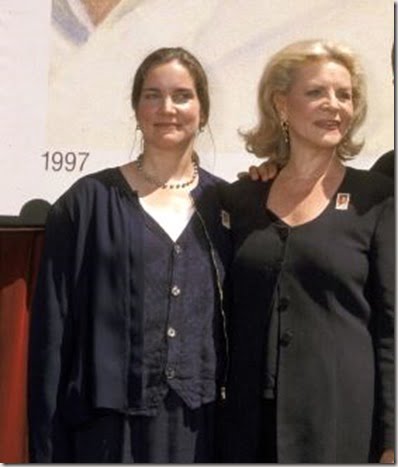 PinLeslie Bogart was born on August 23, 1952 in Los Angeles, California, as Leslie Howard Bogart. She is the second child of sultry actress Lauren Bacall and iconic Casablanca great, Humphrey Bogart.

We are saddened by the sudden and tragic death of her mother actress, model, Hollywood’s best Lauren Bacall; it certainly is a thought week for the entertainment business with back to back deaths of Robin Williams and now, Lauren who was aged 89. Media reports suggested Bacall had suffered a powerful stroke Tuesday August 12th.

Leslie who came from royal acting blood with not only acting parents but with some of the best movie stars Hollywood ha seen at the time, decided not to follow her parents footsteps. The 62-year-old is a former nurse. PinHer parents, Lauren Bacall and Humphrey Bogart were married for 11 years (until 1957). Both appear in To Have and Have Not, The Big Sleep, and other movies. Bacall first got married to actor Humphrey Bogart in on May 21, 1945; it is said her now late mother captured Humphrey Bogart’s heart both on and off the movie screen. Lauren lost her father in 1957. Leslie is named after Leslie Howard, who was a close friend of her father, after Howard refused to appear in The Petrified Forest (1936) unless the studio signed Bogart to play Duke Mantee. When Bogart’s daughter was born, he expressed his friendship and gratitude by naming her Leslie Howard Bogart. She attended The Art Institute of Boston from 1971-1972.  At 16, Leslie had aspirations to be a model, according to blogger shewasabird. She certainly didn’t have the average household, in 1968 she and her mother flew to Paris and while her mother was covering haute couture for TV, Leslie went her own fashion way. Leslie who is both a nurse and yoga teacher; married Erich Shiffmann –in 1990 –who is an accomplished Yoga Master widely known for his award-winning video, Yoga Mind & Body.

It seems like a gloomy week, following the death of comedic genius Robin Williams now Hollywood is doubled mourning with the death of legendary actress Lauren Bacall.

We send our prayers to Leslie and the rest of her family during this difficult time. Her mother and her  heavy-lidded eyes and husky voice will certainly live in  our hearts.