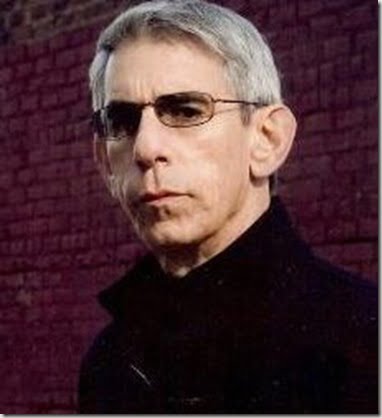 We are sorry to hear about the sudden death of Leonard Belzer, the brother of actor Richard Belzer. According to reports Leonard jumped to his death from his luxury Manhattan apartment building Wednesday morning, fellow residents and building workers witnessed.

Mr. Belzer lived on the 11th floor and jumped from the roof of the 15-story high-rise called The Stanton.

Len’s body was found at 6:45 a.m. in the courtyard of 250 W. 94th St. Police sources confirmed that they were investigating the incident as a suicide. It is believed he was sick.

Leonard was married to Emily Squires who was an Emmy Award-winning “Sesame Street” director and who died in 2012 and left him devastated. He and his wife wrote a book together in 2000 titled, “Spiritual Places In and Around New York City.” On a 1993 People.com article Len confesses he and his younger brother, Richard did not have a normal childhood, in fact he catalogued it as “miserable childhood” saying

“Our mother didn’t know how to love her sons appropriately, “She always had some rationale for hitting us.”

At the time he was justifying his brother’s biting humor (yes, there was a time when Richard Belzer used to do stand up), saying that it wasn’t just an act but truth was that he and his brother were still bitter toward their mother –Frances, who died in 1964. Richard added

“My kitchen was the toughest room I ever worked. I had to make my mom laugh or I’d get my *** kicked.”

Len –as he was mostly known as –was a producer and writer for the the syndicated radio show The Comedy Hour in the early 90’s. On the other hand, the brothers dearly loved their more nurturing parent, Charles, a salesman who committed suicide in 1968. He had tried killing himself the year before but was saved by Richard, who walked into his father’s office and found him slumped over his desk, overdosed on booze and pills.

Leonard and his brother grew up in Bridgeport, Conn. He attended Columbia University and was a veteran of the U.S. Air Force Intelligence Service. According to his book, he has been a student of spirituality and consciousness for the past twenty years. Leonard was 73-years-old.

Our condolences to Richard Belzer and the rest of his family.