Josiah Bell is the musician husband of TV/film actress, Jurnee Smollett -who will be appearing next in the Suicide Squad spin-off titled, Birds of Prey.

Josiah’s wife is well known as one of six siblings who starred together in the 90’s ABC sitcom ‘On Our Own.’
Born Jurnee Diana Smollett-Bell on October 1, 1986; she and her siblings -Jussie, Jake, Jazz, Jojo and Jocqui -all pursued careers in modeling, acting and music. The children of parents who campaigned for civil rights, the Smollett’s have also been outspoken politically.

Jurnee made her mark as an actress by the age of 10, with the 1997 film, Eve’s Bayou. She later had a role in the Tyler Perry film Temptation: Confessions of a Marriage Counselor and also had recurring television roles as Lisa Tyler in The Defenders and Jess Merriweather in Friday Night Lights. In 2016, she appeared in the WGN drama, Underground.
Most recently she was cast as Black Canary in the Suicide Squad spin-off Birds of Prey -in which her hubby was hired as a vocal producer. 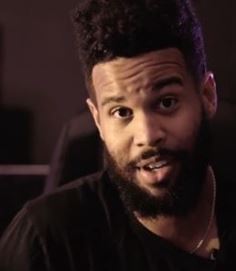 Jurnee and hubby, Josiah have been husband and wife since 2010. They are proud parents to a son, Hunter -who was born in 2016.

Josiah Bell who is originally from Canada, was born December 28, 1982; he is credited as a singer, songwriter, producer and instrumentalist.
Bell began his career in his teens working with gospel legend Vickie Winans. Since then he’s either work as a co-writer, writer, producer or performed with the likes of Smokie Norful, CeCe Winans, Michelle Williams, Michael Bolton, Estelle, Nick Cannon, Melissa Polinar, Toby Mac, Krystal Meyers, and other.
Most recently he co-wrote and produced the single “Summertime in Paris” on Jaden Smith’s 2019 album ERYS. He also was hired as a vocal producer on Birds of Prey.

Bell has also contributed to film and television scores and soundtracks. Some of the TV and Film projects he has participated include, HBO series “Lovecraft County,” Marvel’s “Cloak & Dagger”, OWN’s “Greenleaf”, Sony TV’s “Underground”
As a performer he released his debut EP, ‘P.S. I Still Love You’ in 2019. Other songs include “Smoke and Mirrors” and “Down.” His music video for “Love Moon” has over 17,000 views on YouTube.