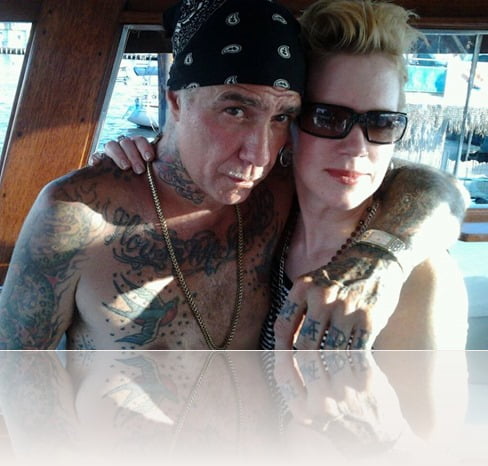 Meet Juliane Berg, she is according to media the girlfriend of the late fashion Designer Michele Savoia, who was the tailor of celebrities such as Tom Hanks, Ricky Martin,  Robert DeNiro, Matt Dillon.

55-year-old Michele Savoia had been unreachable since Thursday when he was seen partying at  the Manhattan club called Marquee around 4 a.m., nobody knew about his whereabouts, his friend and driver reported him missing on Saturday, a day later he received the sad news, Michele’s body was retrieved from the icy waters on the Hudson River on Sunday.

His girlfriend Juliane Berg who handed photos of her and Michele together posted messages on Facebook at first begging him to show up,

after Sunday she wrote about how grateful she was for the two years they spend together.