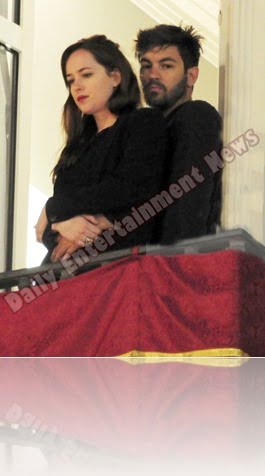 Finally, the anticipated news about the cast selected for the roles of Anastasia Steele and Christian Grey were revealed!!

As Christian Grey the British actor Charlie Hunnam who became famous for his role as Jax Teller in the t.v series, along Hunnam and for the role of **** Anastasia Steele  Don Johnson and Melanie Griffith’s beautiful daughter Dakota Johnson will give life to Anastasia Steele in the film based on the best selling novel Fifty Shades of Grey written by Erika Mitchel aka E.L. James.

Since you all known plenty about Dakota, we began to wonder whether of not Dakota was single or not. Do you know who is her boyfriend? or is she single and ready to mingle?

23-year-old Dakota was born  in Austin, Texas on October 4th, 1989, she made her acting debut when she was only 10 in Crazy in Alabama the film where she acted along her momma and half sister Stella and which was directed by her famous stepfather.

Over the years Dakota has starred in more than 10 films including 21 Jump Street, certainly her pretty face and **** body were in every magazine cover, Dakota became interesting in modeling at age 12, around that time she appeared with other celeb children in the cover of Teen Vogue.

But who is Dakota Johnson’s boyfriend? Sadly his name was not revealed by the pretty actress, she did mentioned they have been together for a while though.

“I have a boyfriend that I’ve been with for a while. I’ve only been in long-term relationships. I’ve never really dated myself.”

Perhaps is the same guy she dated back in 2010, a musician she met in high school and with whom she was living with.

Wasn’t Dakota dating Danny Masterson’s youngest brother Jordan Masterson? they had been spotted together in more than one occasion and correct me but they haven’t starred in any film together, haven’t they? check the incriminating photos of Dakota and Jordy getting cozy with each other below, you tell me dating or not?

Just in case Jordan Masterson in indeed dating Dakota, let me tell you a little bit about this handsome guy.

27-year-old Jordan Masterson was born on April 9th, 1986 in Long Island, NY to Carol Masterson and Joe Reaiche a former rugby player with the Sydney City Roosters. Jordan has two older half brother Danny, 37, and Christopher, 33, and one younger sister Alanna, 25.

Jordan has starred in  few films but his major role was Adam Conners in the George Lopez show. 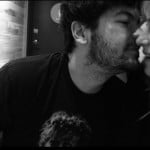 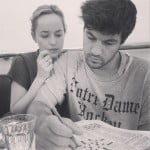 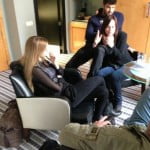 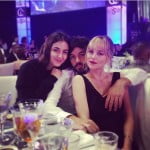