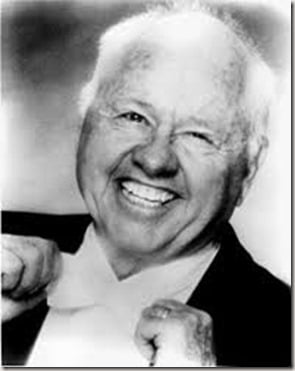 We would like to extend our deepest condolences to the family of legendary actor Mickey Rooney. The award-winning actor and Hollywood legend who appeared in more than 300 films and TV programs,died on April 6, Variety reported. Cause of death was not released. He was 93.

At 93 his life saw as many highs and lows as his professional one. His career brought him 4 Academy Award nominations and 2 special Oscar awards, one a juvenile award in 1939 and the other a lifetime achievement award in 1983.

Rooney who had eight wives was also the father of 12 children. Among them we  have daughters: Kelly Ann Rooney born born September 13, 1959; Kerry Rooney born December 30, 1960 and Kimmy Sue Rooney born September 13, 1963. Rooney fathered all three of them with fifth wife Barbara Ann Thomason (a.k.a.: Tara Thomas, Carolyn Mitchell) she was a model, dance instruction, beauty queen, actress with whom he was married through 1958–1966. The marriage also produced a son, award-winning choreographer Michael Joseph Rooney. 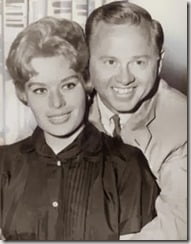 Kelly Ann was the couple’s first child. The couple filed for an official separation on December 1965, after which 24-year-old Yugoslavian actor Milo Milosevics moved into the Brentwood house to live with Barbara and her four children by Mickey. Their mother had a tumultuous relationship with Milosevics and in the midst of her divorce to Rooney or what it is described on his autobiography, what it appeared to be their reconciliation; on January 31, 1966 Milosevics shot Barbara with Mickey’s chrome-plated .38 caliber revolver, then turned the weapon on himself. 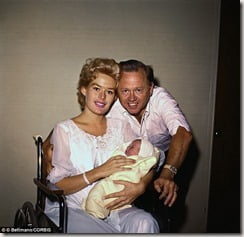 Barbara Ann Thomason’s funeral services and interment were held at Forest Lawn Cemetery in Glendale on February 5, 1966, with Reverend Douglas Smith, the minister who had married her and Mickey in 1960, presiding. Barbara’s four children were put into the custody of their grandparents in Inglewood. 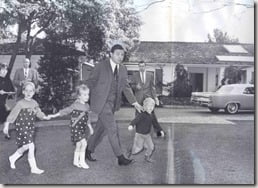 Mickey and Barbara Thomason’s children were brought up by their maternal grandmother after their mother was murdered while they were still young. Rooney was devastated with the tragic murder-suicide.

Daughter Jonelle Rooney was born January 11, 1970 whom he fathered with seventh wife Carolyn Hockett. Jonelle’s parents were married through 1969–1975.

Her parents were married in Las Vegas on May 27, 1969 and divorced on January 24, 1975 citing financial instability. Jonelle’s mother was a secretary. 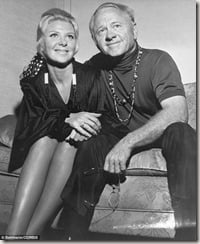 Jonelle’s famous father also earned an Emmy for his portrayal of title character in the TV movie “Bill.” He also earned Emmy nominations on 3 other occasions and a Tony nomination for “Sugar Babies,” a musical revue he did in 1980 with Ann Miller.

During their marriage the couple also adopted a son, Jimmy. Below we can see a picture of the couple and their two children Jonelle and Jimmy Rooney. 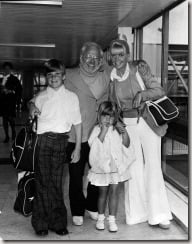 He is survived by Chamberlain; daughters Kelly Ann, Kerry, Kimmy Sue and Jonelle; and sons Mickey Jr., Theodore, Michael, and Jimmy. Another of Rooney’s sons, Tim, died in 2006.