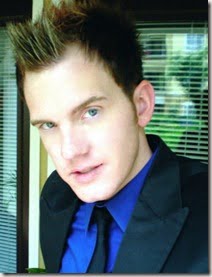 Jonathan Jaxson, who is also Kim Kardashian’s publicist, is Amanda Bynes’ publicist that tweeted the NYPD that “she wasn’t in the right state of mind and needed immediate help”. He intended to help the actress tweeting:

“I just spoke to @AmandaBynes and she is soooo messed up on drugs and please @NY_POLICE find her and help her!” He added, “I don’t know her address!”

“If trying to help someone you feel is in trouble is a crime, then there is a problem. A cry for help is just that! I did what I KNEW to do!”

Jonathan Jaxson is publicist and manager to some of Hollywood’s biggest stars. He has been nominated by the Jacksonville, FL, community for the 2013 Jacksonville Community Awards as Best Local Writer / Journalist.

Jonathan has appeared in many magazines and on several national TV programs, such as The Today Show, Extra, The Insider, Dr. Drew, Issues with Jane Velez-Mitchell, CNN, Entertainment Tonight and Inside Edition. He has also been a regular feature on Top 10 radio stations across the country for the past 7 years, with programs such as Billy Bush, Ace & TJ, AJ’s Morning Playhouse, The Jackie & Bender Show, The Bert Show and many others.

Jaxson was also an anchor and reporter for CBS 46’s “Better Morning’s Atlanta” and “Action News Jax” in Jacksonville, FL.

Jonathan Jaxson, also simply known as “JJ.” On his Twitter profile, he describes himself as Publicist/Manager/Marketing/Consulting/God Fearing/Realtor.