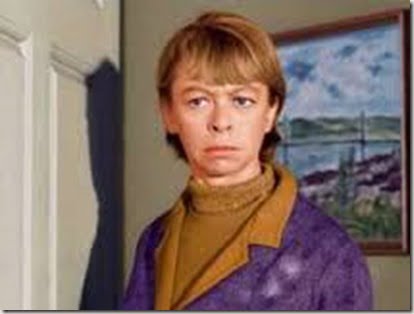 Meet John Bischof, he was married to legendary actress Mary Grace Canfield for 25-years until her sad death, announced to the press earlier today. His wife, Mary Grace Canfield, a character actress best known as part of the daffy Ralph-and-Alf brother-sister carpenter team on the TV comedy “Green Acres,” died Saturday in a Santa Barbara hospice. She was 89. The show ran from 1965 to 1971.

88-year-old John T Bischof was Mary’s second husband; he has also lived in Santa Barbara, CA; Blue Hill, ME; Sedgwick, ME; Laotto, IN;  Rensselaer, NY and West Rockport, ME. According to records online John married Mary Canfield October 29, 1989 in ME. His wife was previously married to Charles Carey with whom she gave birth to two children, daughters Phoebe, and Alison Carey. The couple divorced in 1955.

Unfortunately there is no picture of him available but here are some facts about him; Bischof is a retired teacher, according to his Facebook page, he attended North Hill High in Torrance, California and graduated from the class of 1953 of the Rhode Island School of Design.

John’s wife was born in Rochester, N.Y., on Sept. 3, 1924, Canfield attended an acting school run by famed teacher Jason Deeter in Rose Valley, Pa. She appeared in Broadway and off-Broadway plays before heading to Hollywood. Her early TV shows included “The Hathaways,” a 1961-62 sitcom about a Los Angeles couple and their three performing chimps. Canfield played the housekeeper. Canfield lived in Montecito from 1968 to 1984 and then moved to Sedgwick, Maine where she married second husband, John. Her film work includes a roles in “Pollyanna” (1960). In “Something Wicked This Way Comes.”

According to reports, the cause of her death was lung cancer. She had relocated to Santa Barbara with her husband since 2011.

Our deepest condolences to Mr. Bischof and the rest of Mary’s family.

You can fin John T Bischof on Facebook here.