Joanne Tucker is the wife of 32-year-old actor, Adam Driver. Her hubby –who is mostly known for his current supporting role in the HBO comedy-drama series Girls –is also villain, Kylo Ren in Star Wars: The Force Awakens.

Driver happens to be a former Marine and Juilliard grad with a background in theater who’s been featured in Gap ads.

After his discharge Adam felt the time had come to give acting a go and so he enrolled at the Juiliard School. Following his graduation in 2009 he began working on and off Broadway. His big chance came in 2010: he replaced Zachary Quinto in the part of Louis in the Pulitzer and Tony Award Prize-winning production, Angels in America.

The couple worked together in the indie film Gayby. Joanne Tucker was also the only female cast member in the 2010 play Little Doc where she was required to pantomime the act of ********.

According to Bustle.com, the blonde serves as the artistic director for Arts in the Armed Forces, which according to the site mission statement, produces “theatrical and musical performances for mixed military and civilian audiences.”

Joanne Tucker became Adam’s wife on June 22, 2013. But the story goes that they were together for a number of years before making it official. The marriage of two-years resides in NY. 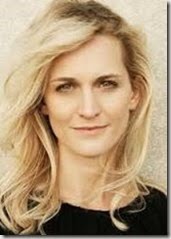 No social media account can be found under Joanne’s name –which makes us believe she is not the posting images type and prefers to keep her stuff private.

According to a profile in the Arts in the Armed Forces page, Joanne Tucker has worked in theater regionally and off-Broadway, including at Cincinnati Playhouse in the Park, The Rattlestick Playwrights Theatre, Classic Stage Company, Mass MoCA, and HERE. Her film work includes Listen Up Philip, Gayby, I’m Coming Over, Sweet Nothings, After You Left, and Loft.

She also did voice-over in Ken Burns’ Prohibition & The Roosevelts and for the Scientific American Psychology Film Series. Joanne is an alumna of The Juilliard School’s Drama Division where she has assistant directed twice and will direct in January 2016.