James “Jim” Skrip married actress and singer Vanessa Williams in Buffalo, New York on July 4, 2015! They say the third time is the charm one right! That would be the case for Williams –who shares daughters Melanie, 28, and Jillian, 26, and son Devin, 22, with ex-husband Ramon Hervey, to whom she was married from 1987 to 1997. She and NBA star Rick Fox split in 2005 after six years of marriage, and they share daughter Sasha, 15.

The  52-year-old businessman and Vanessa were together for about three-years before walking down the isle. The now hubby and wife first met in 2012, while they both were vacationing in Egypt. 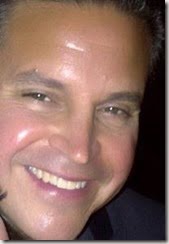 She told Madame Noire: ‘I was on vacation with my daughter going to Egypt, cruising on the Nile. I wasn’t looking for anything. I’d been alone for a number of years and divorced for ten years at that time. I found a hometown guy from my mom’s town in Buffalo, New York and started a conversation.

Jim –a former accountant turned real estate exec–happened to be traveling alone and the star revealed during an interview, even though he knew who she was, he wasn’t a super fan. On their first date they talked about themselves for three hours. According to fullnetworth, Jim is worth 10-million.

Us Magazine, reports for the joyous occasion the former Miss America contestant, chose a silk skirt and top by Carmen Marc Valvo, and wore the pieces together belted with a wide gold band.

Don’t you think she looked stunning!