Meet Sabrina Dhowre; she is the young wife of actor Idris Elba, who at age 45 and two divorces is adventuring not only dating a woman 16 years his junior but a former beauty queen.

The new couple who has been dating for nearly a year; they finally made their first public appearance during the premiere of his new film Mountain Between Us.

“It’s believed Idris and Sabrina have been dating for around seven months. They’re having a great time getting to know each other and Idris feels strongly enough about Sabrina for them to be talked about in public.

“Having her on his arm on a red carpet shows how serious he is about her as he doesn’t do these things lightly.

“He usually likes to keep that side of his life private but he’s proud to show Sabrina off on his arm. It’s been a different story for Sabrina, who has uploaded several pictures of Idris to her Snapchat account.”

32-year-old Sabrina Dhowre, became Miss Vancouver in 2014. The 5’10” Somalian descent beauty; in addition to modeling, Sabrina also describes herself as an aspiring actress.

moreover, on February 9, 2018; after the screening of Idris’ new film “Yardie” the Black Tower actor, got on one knee and proposed. check the special moment.

Idris and Sabrina finally tied the knot on April 26, 2019, in Marrakesh. 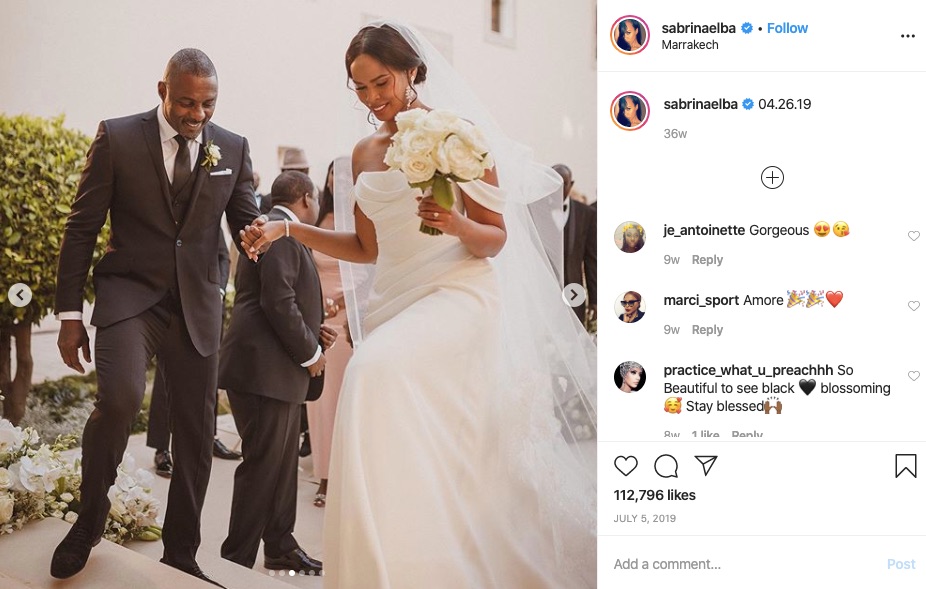 Furthermore, on March 16, 2020, Idris said he has tested positive for coronavirus, and he and his wife Sabrina Dhowre Elba, were in isolation.

“This morning I tested positive for Covid 19,” he captioned a video of himself and his wife Sabrina Dhowre, 30. “I feel ok; I have no symptoms so far but have been isolated since I found out about my possible exposure to the virus. Stay home people and be pragmatic. I will keep you updated on how I’m doing. No panic.”