Mr. Maurice Kaufmann the British actor was the second and last husband of the amazing actress Honor Blackman; she was known for her role as ***** Galore in James Bond film Goldfinger starring Sean Connery.

Honor Blackman, never remarry after divorcing Kaufmann in 1975 and said that she rather stay single for the rest of her life. She died on April 5, 2020, at her Lewes home, from natural causes at the age of 95. She is survived by her and Maurice’s adopted children Lottie and Barnaby, born in 1967 and 1968, respectively.

“It’s with great sadness that we have to announce the death of Honor Blackman aged 94. She died peacefully of natural causes at her home in Lewes, Sussex, surrounded by her family. She was much loved and will be greatly missed by her two children Barnaby and Lottie, and grandchildren Daisy, Oscar, Olive and Toby.

“As well as being a much-adored mother and grandmother, Honor was an actor of hugely prolific creative talent; with an extraordinary combination of beauty, brains and physical prowess, along with her unique voice and a dedicated work ethic, she achieved an unparalleled iconic status in the world of film and entertainment and with an absolute commitment to her craft and total professionalism in all her endeavours she contributed to some of the great films and theatre productions of our times.”

In addition to her ***** Galore role, Mrs. Blackman became famous for her role as Cathy Gale in the television series The Avengers, Hera in Jason and the Argonauts and Laura West in the ITV sitcom The Upper Hand.

Prior to marrying Maurice, Honor married Bill Sankey in 1948; they didn’t have any children and eventually divorce in 1956.

Honor and Maurice tied the knot in 1961, as noted before they adopted two children, Lottie Kaufmann Craft and Barnaby Kaufmann; unfortunately, their marriage ended in 1975. 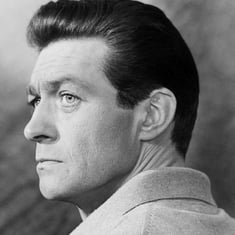 Mr. Kaufmann born in Gorleston, Norfolk, England on  June 29, 1927, starred in an array of crime and horror films, such as Fright alongside Honor, Women without Men, Find the Lady,  The Girl in the Picture, The Man Without a Body, The Big Money, Top Floor Girl, among others.