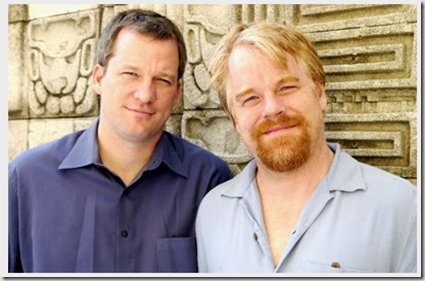 Unlike his famous younger brother, Gordon grew up to be behind the scenes; a screenwriter, director and producer. He is the son of Marilyn Loucks, a lawyer and former family court judge and father, Gordon who is a former exec who worked for the Xerox Corporation.

He is the second child of a total of four. He has one older sister Jill 53, now Jill Hoffman DelVecchio; and two younger siblings, brother Philip Seymour Hoffman 46 (at the time of death), and Emily Hoffman 45, now Emily Barr.

His other work includes the writing of  the play Tricycles which was performed at the Odyssey Theater in Santa Monica, CA. in 1999. The play is about an airbourne virus and how it effects the lives of a handful of characters.

He currently resides in L.A and his favorite places include the Dodger Stadium, In and Out, Farmer’s Market, and Gower Street. 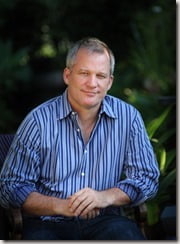 Raised in Fairport, New York, Gordy Hoffman graduated from the University of Kansas in 1987. He wrote his first stage play, HONG KONG, in Washington, D.C., where he was selected as a member of the Jeannie McKean Moore Poetry Workshop at George Washington University in 1990. In 1994, Gordy founded Company, a Chicago-based experimental workshop that explored the creation of original text through imaginative use of the voice and body. His plays have been produced in New York, Chicago, Los Angeles, San Diego, England and Australia. 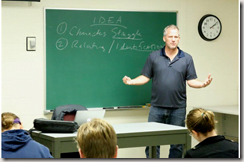 Gordy has taught screenwriting at the USC School of Cinematic Arts in Los Angeles, as well as led workshops all over North America, Poland and the UK. He has served as a panelist for the IFP Script to Screen Conference in NYC, Women in Film’s Script DC Conference in Washington, D.C., the George Eastman House Film Festival, as well as a judge for the McKnight Screenwriting Fellowships in Minnesota. A proud Jayhawk, he sits on the Professional Advisory Board of the Film and Media Studies Department at his alma mater, the University of Kansas. Gordy Hoffman founded the BlueCat Screenplay Competition in 1998 and remains its judge.