This hard working momma is Elisha Wilson Beach and she is the second wife of actor Michael Beach. Elisha recently made quite a stir when she posted a photo of her breastfeeding while in the toilet. What do you think unhygienic or not? 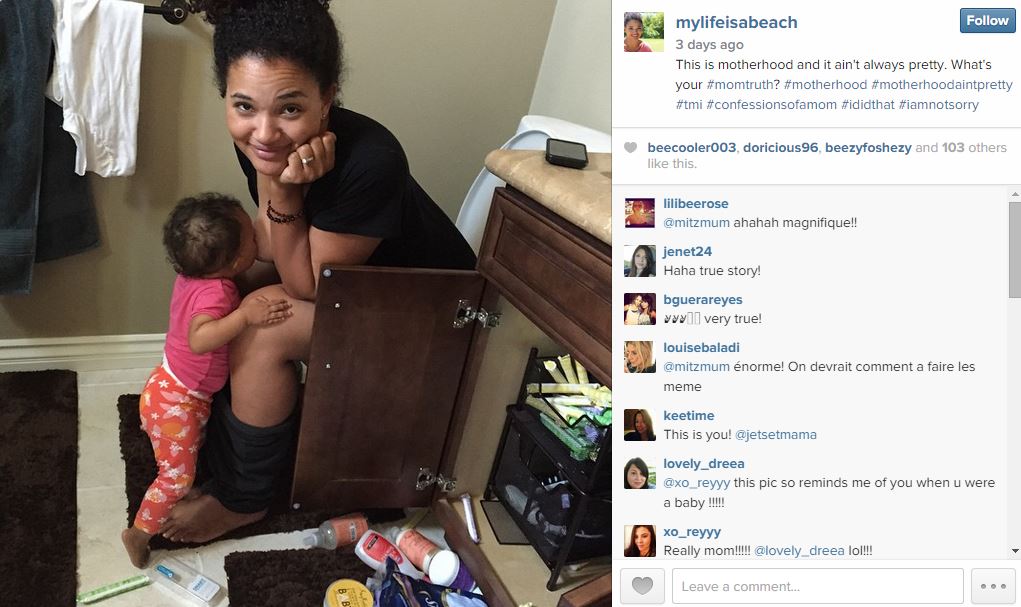 Before Elisha, Beach was married to Tracey Beach, they got married on December 17, 1989 and divorced in January, 2006, from their marriage they had two children.