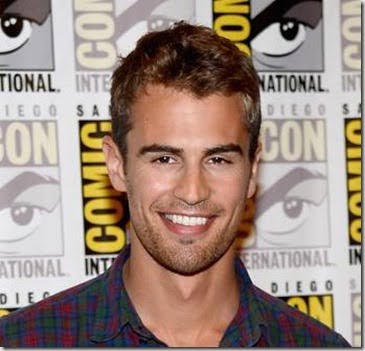 Theodore Peter James Kinnaird Taptiklis. And just who is that? Well you might know him jus as, Theo James, the new British heartthrob! The James Franco lookalike, was chosen to be the male protagonist of the new teen film saga inspired by a trilogy of books, we are talking about Divergent.

Theo is better known for portraying Jed Harper in Bedlam, Kemal Pamuk in Downton Abbey and his appearance in the CBS show “Golden Boy”

Born in Oxford on 16 December 1984, Theo James is the youngest of 5 children of Jane Martin and Philip Taptiklis.

The 29-year-old made his television debut in A Passionate Woman, starring opposite Billie Piper. He played Turkish aristocrat Kemal Pamuk in one episode of Downton Abbey and played the lead role of Jed Harper in the BBC series Bedlam. He also appeared in the adaptation of John Braine’s Room at the Top, playing Jack Wales.
His film credits include You Will Meet a Tall Dark Stranger, Red Tails and The Domino Effect. In 2009 James was named as a ‘Star of Tomorrow’ by industry magazine Screen International.

Obviously what we all want to know is the name of the lucky lady who’s got his heart, but the fact at the moment remains, there are no known girlfriends present or past. Other sources say he was in a long time relationship but things didn’t work out and he has been single for the past year or so.

So for those of you gals who are interested, Theo’s talent also includes some pretty decent vocals and hot moves! He was the singer and guitarist of the London-based band Shere Khan. Check him out on the video below!

Sadly the band parted ways in 2012, to pursue other artistic endeavors; but we don’t mind as long as we get to see Theo on the big screen more often!

Although the mystery remains on his romantic status, that doesn’t mean Theo hasn’t had his share of action with the ladies, meaning his female co-stars. 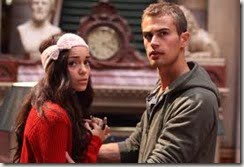 Rumor in Hollywood is that he might have the hots for his Divergent counterpart Shailene Woodley, what do you think, would you like to see them on a off-screen romance? 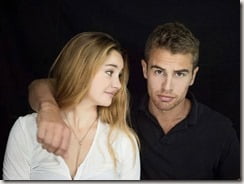 It has been reported that Theo has been dating Irish actress Ruth Kearney for a while. Ruth Kearney, 25, played Jessica “Jess” Parker in the ITV drama, Primeval, she won the “breakthrough performance award” at the 2011 UK Cult TV Awards. 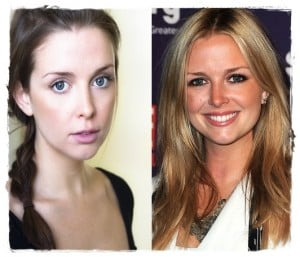 Theo and Ruth met in 2009 the Bristol Old Vic Theater school, she was his date at the Underworld Awakening Premiere back in 2012; sorry to spoil the fantasy for you girls, but I must admit Theo and Ruth pretty hot together. 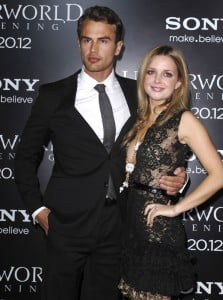 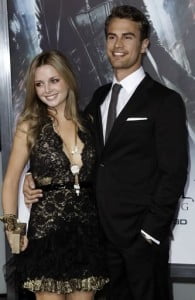 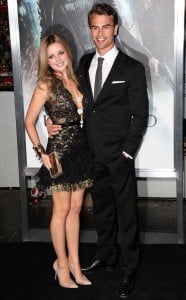 Well, in the meantime why don’t we watch Divergent’s final trailer, watch below!

Find lots of pictures of our good looking Theo on his Facebook fan page here.