How would you feel if your childhood sweetheart suddenly made it to the big screen and became one of Hollywood’s most famous faces?

Well that question can be answered by Diane Cox, who used to date the Hollywood star, Tom Cruise.

Diane Cox and Tom were boyfriend and girlfriend over 30-years ago and they seamed the real deal, as the Mission Impossible star, even wrote letters to his beloved, saying how much he loved her.

Diane Cox shared the love there once was, between the two and made pictures and letters Cruise dedicated to her in 1980, public with the tabloids.

Diane Cox is now a married woman, who resides in New Jersey. The housewife revealed many details of their two-year-relationship saying they had to split, because she cheated on him.

But Cox revealed Tom’s ‘intense and jealous’ side is what really brought their relationship to an end. Cox said she met a still-not-famous Cruise in 1979.

Diane Cox and Tom when she was 17, and he was 18; after they both ended at the same graduation after party. Tom was struck with her beauty and even though he attended prom with another girl he spent the rest of the night trying to get Diane’s attention.

She described a young Tom Cruise as a “Playboy. He was new and good-looking with a Southern drawl.”

Diane became close to Tom’s mother and sisters. She said of his attitude when struggling with their long distance relationship: ‘I wanted to see other people at one point and he got very jealous, very over-protective, and I wasn’t used to that. I even said to his sister I wanted to see other people, hoping she might help. ‘The intensity of Tom’s whole demeanor really put me off,’ 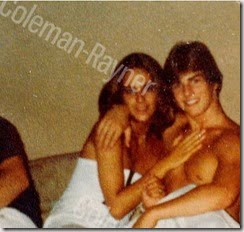 Diane Cox is now married and is mother of three. The blonde also talked about Tom’s undeniable success and says she is happy for him, but added, he’s become a bit of a joke. Ouch!

She also said Tom was a bit possessive. One of his letters reads:

“God made you for me, and me for you darlin” We are great together. When I’m away from you all I can think of is being with you” “You have all my love babe –and don’t you ever forget it.” 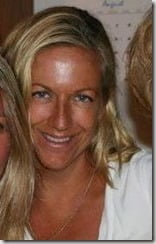 However, when Tom heard she had been unfaithful, Cruise who was already doing his first jobs as an actor, told Diane cox: “I love you” “But I’m not in love with you anymore.”

According to her Facebook, Diane Cox is Diane Van Zoeren Cox. She attended Lynchburg College. She is married to Bill Cox and is the mother of three daughters, Christine, Jen and Grace Cox.